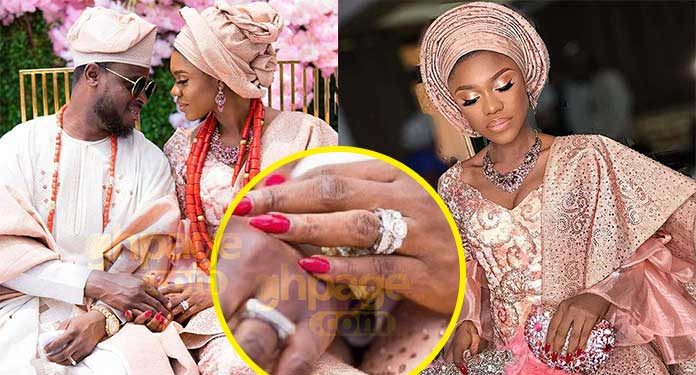 Zylofon music signee Rebecca Acheampong whose showbiz name is Becca last week started a new chapter in her life after she finally tied the knot with her Nigerian boyfriend now husband Daniel Tobi Oluwa Sanni in a plush ceremony held in Accra and as usual, friends, colleagues, public figures, and several celebrities such as Sandra Ankobia, Yvonne Nelson, Jackie Appiah, Joselyn Dumas and the likes went to support the bride —who has been one of the leading musicians in Ghana in the last 10 years.

read also: Tiwa Savage finally opens up on her relationship with Wizkid

The musician born Rebecca Akosua Acheampomaa Acheampong was able to keep the identity of her man as a secret for close to 5 years.

Tobi Sanni Daniel, 41, has been described as a ‘rich’ Nigerian banker and an entertainment executive.

The marriage ceremony attracted different reactions, with many people congratulating them for their union.

read this: Photo of Samira Bawumia without makeup pops up on social media

However, some people have started predicting doom for their marriage basing their arguments on relationships by other Ghanaian entertainers with Nigeria partners that never worked. Read full details here.

With these two rich cultures from both countries, nothing was expected that a plush wedding and thank God it was a successful one. A look at what Becca wore on her day proved everything.

We’ve seen photos of the new couple but one thing we didn’t take a closer look at is their gorgeous wedding rings but check it out below. 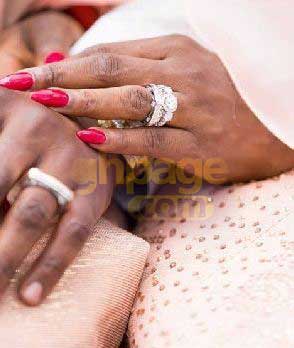