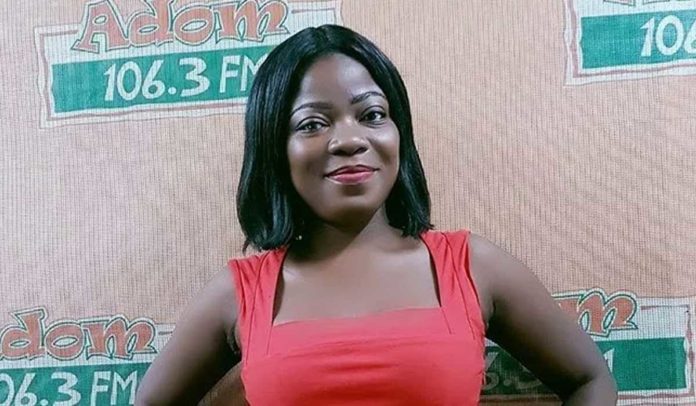 Adom FM/TV presenter Afia Pokuaa Vim Lady has declared on Facebook her decision to run for presidency in Future.

We believe Afia’s announcement is a game-changer move to the school of thought that Ghanaian women are not dynamic enough to take centre stage in decision-making bodies, to effectively influence policies that promote gender balance.

The media personality has so far been receiving some support from her fans whilst others think per her targeted time, it is pretty much an impossible mission. One Facebook user wrote, “I support your bid, form the Vimmy Progressive Party”.

“Afua, would insult and attack you if you share a different sentiment or views differ. Ghana is not yet ready.“

Do you think Afia Pokua can achieve this goal? See her post below and tell us what you think.