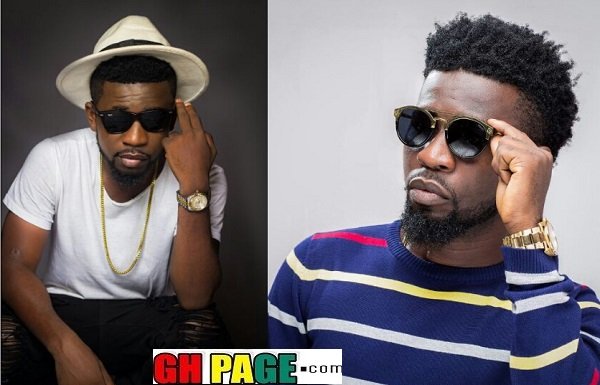 Rumors about Bisa Kdei circulated on social media following the sudden death of her mother, people accused him of killing her own mother for fame and the singer didn’t split a word out of his mouth until now.

Well, the Award winning highlife artist, Bisa Kdei born as Ronald Kwaku Dei Appiah has finally split on the rumors circulating on social media that his money and limelight appearance came as a means of sacrificed his own mother.

READ ALSO: You will be shocked at how much top Ghanaian musicians now…

Speaking in a live interview to Adom FM’s Ohemaa Woyeje on ‘Work and Happiness’, the ‘brother’ song composer disclosed that the circulated rumors severely got an impact on him since he is a believer and such atrocious issues can’t be attached to him.

“I can never do that. People say I killed my mom and I used her for rituals. How much money do I want that I will use someone’s life to get fame? Those things are difficult to bear…,” he tortured.

Bisa Kdei on further explanation added that he is now going to adapt “deaf ears” to such negative stories as a celebrity and henceforth not going to act emotionally on awful rumors that can collapse his music career.

READ ALSO: Samini Choose Ebony Over Kaakie And Here Are His Reasons

“When I started I was very emotional. But I sat down, analyzed and became stronger. People talk anyhow and get over it in a shorter time. Things don’t get to me anymore. If I know you, I will call you and ask you questions.

“Paying attention to every story can greatly affect your work or render you paralyzed…” He said it as an advisory comment to fellow colleagues.

He also revealed that hard work is the way opener for his success and also one of the top keys to attaining a good and higher standard in life. According to him, God has been the main reason since day one for his success in the Ghanaian Music Industry.

“It is God. If God doesn’t back or support you, there is no way you will succeed. The Second thing is hard work. Hard work made me the Bisa Kdei I am…,” he said with praise.

The unique artist concluded that his recent album dubbed ‘Connect’ will be released soon and alert fans to watch out.

“My fans claimed I should stick to the hi-life so I am bringing the ‘Connect’ album out soon for them to enjoy…” he disclosed.

Watch the full interview video of Bisa Kdei below.

Share
Facebook
Twitter
WhatsApp
Previous article[Video]King James Version of the Bible is for homo$exuals & Rastafarians – Counselor Luterrodt
Next articlePhotos: Here’s What Your Favorite Celebrity Wore To The Zylofon Media Office Launch In Kumasi