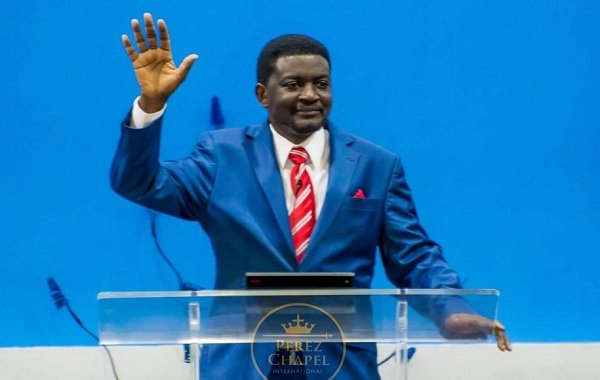 The founder and Presiding Bishop of the Perez Chapel International, Charles Agyin-Asare, has amazingly revealed that he used to drink, smoke and womanize during his teenage years.

According to the Bishop, he used to be a serial womanizer even at the tender age of 14 and had a baby aborted when he impregnated one of his girlfriends.

He also revealed that he involved himself in numerous social vices, including smoking, drinking and dealing in narcotics.

Bishop Agyin-Asare encountered God in the early 1980s and has been in the Gospel Ministry for 35 years.

READ ALSO: “I Need A Man In My Life” – Actress Salma Mumin Cries Out

The Pastor said his past life was nothing to write home about and thanked God for saving him.

“I had my first abortion at the age of 14. I was bad. But when the Lord shall set you free, you are free indeed,”

Also, he revealed that he use to smoke marijuana and tobacco whiles he was young.

“Before I got saved…I got saved in 1980. I was into drugs, smoking…I started smoking at the age of 11 by 12 [I] was on marijuana, causing all kinds of trouble but when I met Jesus in 1980 he broke the power of drugs, alcohol, tobacco, and all kinds of things from my life. I was 18 years old.”

Meanwhile, the famous Man of God has been married for a long time now and he opened up on how he met his wife, Vivian Agyin-Asare.