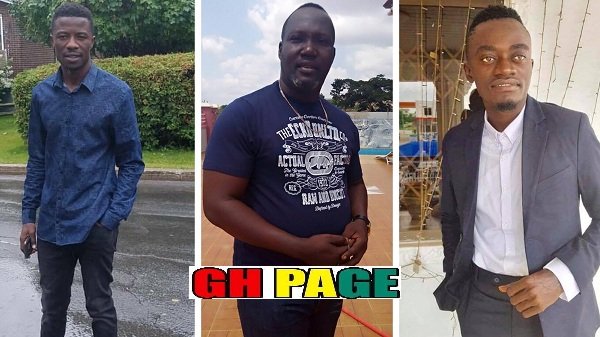 Kwaku Manu and Kwadwo Nkansah Lilwin have been beefing for the past month. Shades have been thrown at each other from all angles.

But the straw that broke the camels back was when Lilwn allowed his fetish priest who is also a rising musician to record a song to insult and make damning allegations against Kwaku Manu, Big Akwes, Vivian Jill and Emelia Brobbey.

The song which was recorded on the label of Boss Nation Music, a label owned by Lilwin called Emelia Brobbey a thief, Vivian Jill a lezbian, and Big Akwes a pedophile. LISTEN TO THE SONG HERE

Both Vivian Jill and Kwaku Manu have responded to the allegation on Big Akwes’ show “Yi Wasum” on Thunder TV. They refuted the claims made and rained cursed on both Lilwin and his fetish priest.

SEE HERE: [Video] Vivian Jill swears she is not a lezbian while Kwaku Manu and Big Akwes rain curses on Lilwin and his fetish priest

According to Bishop Bernard Nyarko, the “One Corner” is not something worthy to fight over. He adviced that they since they are actors, they should concentrate on acting and live the music beef to the musicians.

“It’s too petty to fight over one corner, it’s absolutely needless. We are actors, let’s stay in our lane and allow the musicians also do their thing”

He also added that he has been talking to the aggrieved individuals involve and has hopes that with time, it will all stop.

Bishop Bernard Nyarko was on the show to promote a new movie “Trophy” which was produced by Baby Blanche, the lady who disclosed that she doesn’t wear panties and will be touring schools to advice young girls to stop wearing panties too.

SEE ALSO: [VIDEO] “I clothed, fed, gave you a place to sleep and you pay me back this way? Kwaku Manu asks Lilwin