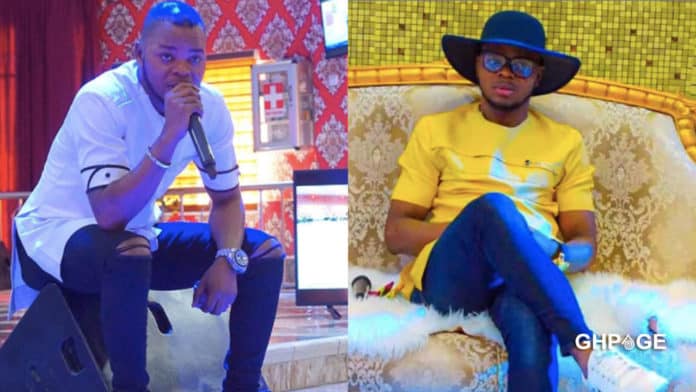 The leader and founder of International Gods Way Church, Bishop Daniel Obinim has officially banned offertory collection at his main church in Accra and its other branches scattered in the country.

According to the anointed man of God, this unforeseen move is influenced by the current economic hardships Ghanaians including his church members are going through at the moment.

READ ALSO: Bishop Obinim sacks 72 of his pastors; Tells them to find different works to do

Announcing the cancellation of the offertory collection, Bishop Obinim shared an official video of himself to categorically state that he no longer receives offertory at his church.

The man of God continued that Ghanaians and his church members in particular are now entreated to donate towards the maintenance of the church and other miscellaneous.

This announcement has been tagged as a smart marketing move to get more people to attend his church.

According to a lot of social media users, Bishop Obinim has a doctorate degree in cunning because, at the end of it all, he will still collect monies from his church members in the name of donation.

Below are some of the popular comments gathered under the trending video;

felicia.donkor.777 – But that is more than offering

abyna_odi – Is that not the same thing