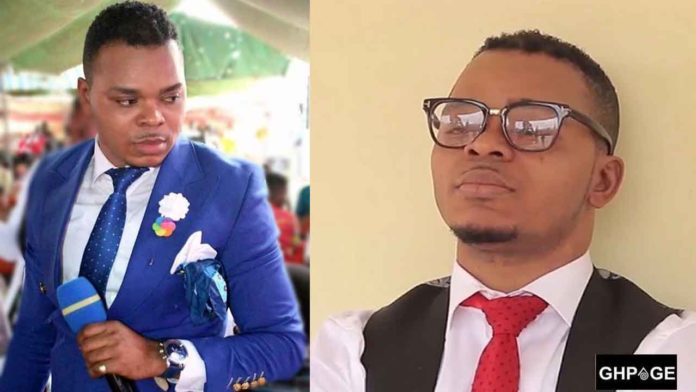 The Kaneshie District Court has discharged the founder and leader of International God’s Way Church (IGWC), Bishop Daniel Obinim and one other who were facing charges of forgery.

The Court Presided over by Her Worship Rosemond Agyiri ruled out the case after the prosecution led by Detective Sergent Richard Amoah told the court that they wish to withdraw charges levelled against the accused.

The court subsequently struck out the case as withdrawn and discharged Obinim and Kwabena Okyere who had been facing the charge in court for the past 11 months.

The trial of Daniel Obinim and Kwabena Okyere was postponed to April 21, 2021, due to the absence of the presiding Magistrate, Rosemond Agyiri who is said to be sick.

Louis Yiadom Boakye who held brief for Dela Blagogee Esq. of Blagogee, Blacksword & Co. told the court that the defence had from the very beginning maintained that Bishop Obinim was innocent and if the prosecution saw it fit to withdraw the case, they are not opposed to it.

Bishop Daniel Obinim, others were facing charges of forgery of document contrary to section 159(c) of 29,1960 and publication of false news.

Obinim and Kwabena Okyere were put before the Kaneshie Magistrate Court in Accra and charged with four counts of conspiracy to publish false news, conspiracy to forge other documents, publication of false news and forgery of documents.