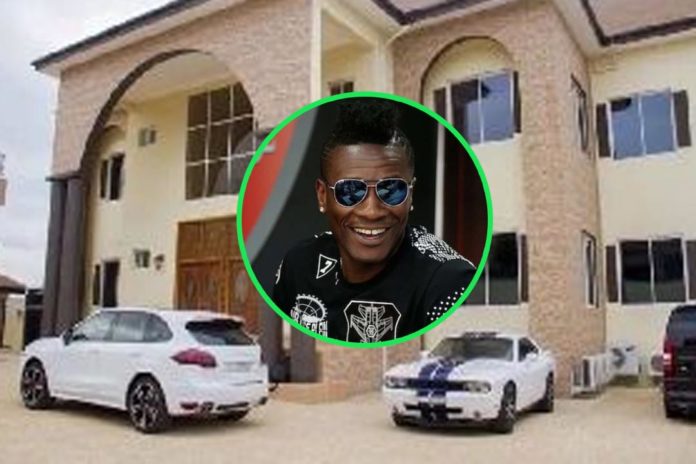 Black Stars captain, Asamoah Gyan’s mansion in East Legon, a suburb in Accra is set to be demolished according to reports by Kasapafmonline.com

The report says the mansion of the footballer will suffer from an impending demolishing as one Mr. Samuel Darko, the legitimate landowner has tabled his documents to prove his ownership amidst legal tussles.

The demolishing exercise will also affect properties of other top businessmen in the same vicinity.

Mr. Darko, the legitimate owner of the land has threatened to undertake the demolishing exercise if the affected persons do not come to terms with his personal conditions.

Last week, another Black Stars player, Mubarak Wakaso was also in the news for the same reason. Wakaso, who also has his property in the same area as Gyan will likely join a host of occupants around the area to suffer the mass demolition exercise pending legal adjudication.

With concrete documents backing his claim, Mr. Samuel Darko chronicled the ownership of the land in the late 70s to date.

The confident Darko cited the era when the land was released for the construction of the Accra Training College in 1974 before its subsequent return due to compensation discrepancies.

The aggrieved landowner called on residents around the area not to comprise their hard-earned money on unscrupulous fraudsters as an epic legal tussle takes shape.