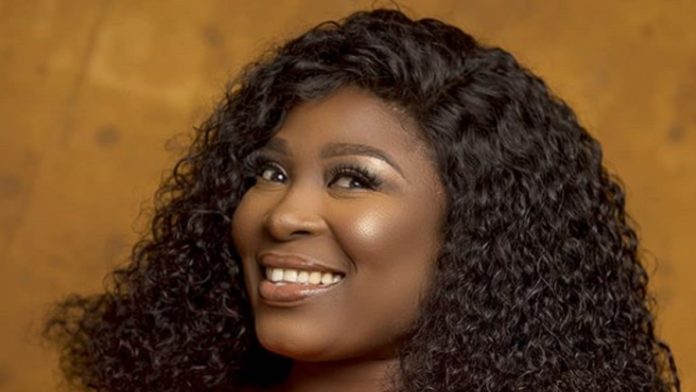 Ghanaian actress and presenter Gloria Osei Sarfo has taken a swipe at film director and producer, Kofi Asamoah for saying that whites are smarter than blacks.

The actress sent a subtle jab to the movie producer in an Instagram post stating that Blacks are not fools.

The actress wrote; “WELL, I KNOW ONE BLACK MAN WHO IS NOT A FOOL, BUT WORKS SO HARD TO MAKE A LIVING,,, SHOOTS GOOD MOVIES IN A BLACK CONTINENT, WITH BLACK ACTORS AND CREW, PATRONIZED BY BLACK PEOPLE AND SPONSORED BY BLACK PEOPLE IN MY BLACK COUNTRY CALLED ??GHANA??…. #BlacksAreNotFools #ItIsWell ?” 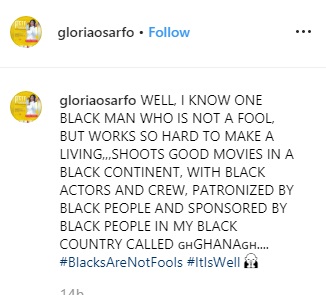 This comes after Kofi Asamoah shared a video on Instagram stating that a white man is smarter than a black man.

According to the film director and producer, the whites shouldn’t die but rather the blacks should die and leave the earth for the whites to maintain it.

He also criticized the leaders for being selfish and not delivering on their promises to the people when voted in power and queried if these African leaders do not see the massive infrastructure and technological development when they visit the European countries.