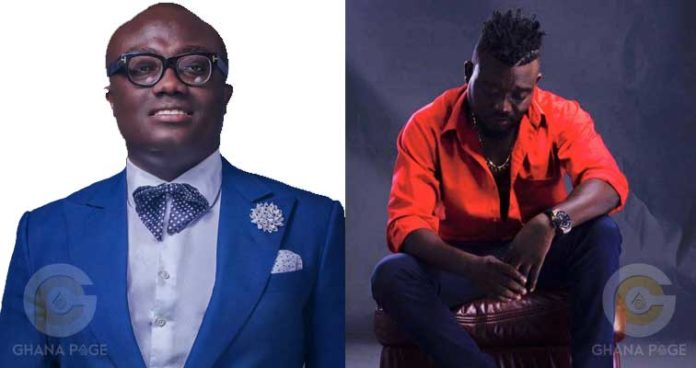 Bullet (Ricky Nana Agyemang) of Ruff N Smooth fame has revealed that Chief Executive officer of Excellence In Broadcasting (EIB) Network, Bola Ray saved his life when he was broke and had undergone major surgery in 2005.

According to Bullet on “Behind the Fame” show with Lexis Bill on Joy FM, he would have been dead if not for the support Bola Ray offered him during that time.

“I did surgery in 2005 and it was major surgery. I didn’t have money so I had to go to Bola Ray for some cash. I walked from SCC to Sakaman with the wounds unhealed,” he said.

Bullet has, on several platforms, praised Bola Ray for helping him throughout his music career. It

Bullet, until starting his own record label was under the management of Bola Ray’s Empire Entertainment Records before Bola gave him $10,000 dollars to start his own music label; Rufftown Records.

Ruff Town Records in collaboration with MIDAS Touch had Ebony signed unto the label. She became a success until her demise on February 8 last year.

Wendy Shay who was also signed after Ebony’s death is really doing well releasing a number of hit songs while anticipating to win New Artist of the Year at this year’s VGMA’s.