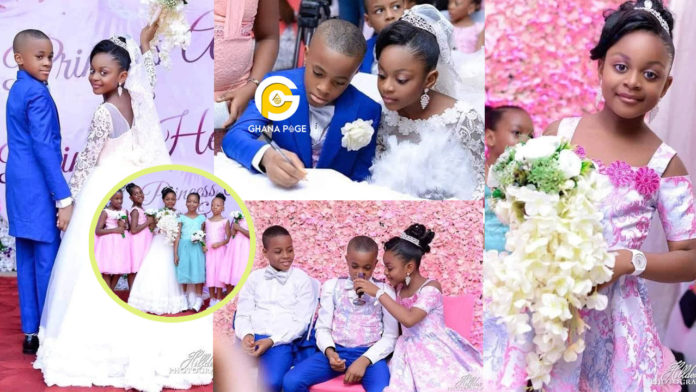 A young boy and a girl who played roles as husband and wife while they were in school at class 2 has eventually made the play a reality.

According to the newly wedded her wife has been his best friend since they played the role in 1995 while they were at primary school.

They couple shared the picture of the play in 1995 and narrated how they eventually got married after 26 years.

In a post sighted by GhPAGE, a picture from the 1995 play of the best friends who are now married was shared alongside with a picture of the real wedding ceremony.

According to the husband, his wife who is named Ama has been his best allied and promise to spend the rest of his life with the lady who she has known for 26 years.

Social media has since been flooded with the picture of the couple wishing them congratulatory messages and wishing them the very best of marriage life.