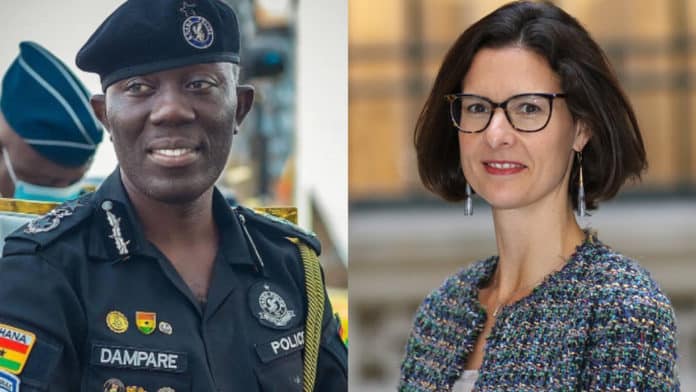 The British High Commissioner to Ghana, Harriet Thompson, says her tweet on Oliver’s Barker-recent Vormawor’s arrest for a driving violation was not meant to agitate Ghanaians, as the police response shows.

In a strongly-worded statement, the Inspector-General of Police said the High Commissioner’s tweet constituted to intervention in Ghana’s internal security concerns.

In response to the Police, the High Commissioner informed GHOne TV that her comment was misinterpreted.

“That was not the intention, and my experience, Ghana is peace-loving nation where people have the right to express themselves, they do have the right to come out to protest against things that matter to them.”

“A tweet like that will not get Ghanaians on the street in my view. It looks like my tweet wasn’t received as it was intended. I didn’t expect a response from the IGP at all.

“If I was told there are chances like that I will not be tweeting like that that’s clearly not my intention but I haven’t seen anything like that for the time I’ve been here that will suggest his response,” she said.