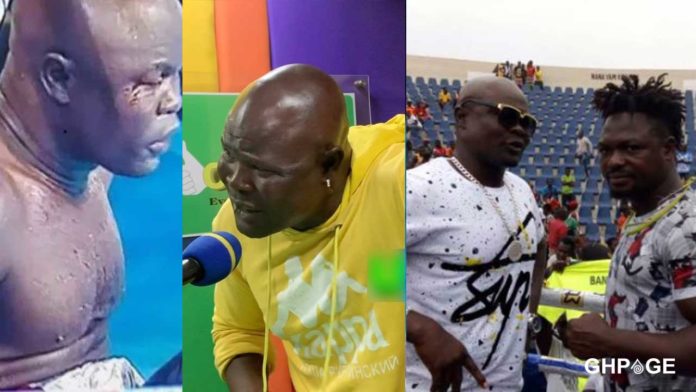 Ghanaian celebrated boxer Braimah Kamoko aka Bukom Banku who was recently banned by the Ghana Boxing Association has revealed the reason why he is yet to honour a rematch fight between himself and Bastie Samir.

According to the cruiserweight boxer, if Bastie Samir does not kill him in the ring, he might get a stroke if he grants him a rematch.

In an interview, the controversial boxer said that during his first fight with Bastie, fear gripped him as soon as he entered into the ring for the bout.

He said after his first fight with Bastie, he almost got a stroke and didn’t want that to happen again to him.

“I nearly got a stroke during that fight. I don’t know the power Bastie has but when I entered the ring, I started seeing Bastie as a very huge person who was bigger than me. Meanwhile, Bastie is a very short boxer,” Bukom Banku said.

He added that he felt as if the whole of Ghana was against him when he fought Bastie.

” You wanted Bastie to beat your champion and Bastie beat your champion so what again. He should go ahead with his career and forget me because I won’t fight him again. If I fight Bastie again, if I don’t get a stroke, I will die,” Banku disclosed.