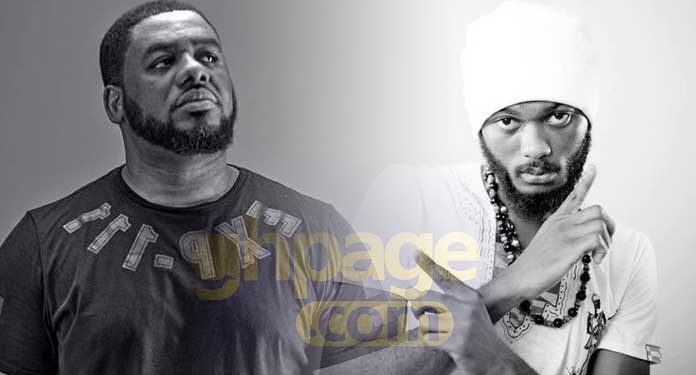 The A and R for Zylofon media Lawrence Nana Asiamah Hanson aka Bulldog who is the CEO of Bullhaus entertainment has accepted and confirmed that he is the one who killed the musical career of reggae/dancehall artiste Lyrical Gunshot Iwan.

Last week, Iwan whose real name is Abdul Razak Issahaku called out his former boss on Twitter and stated that he would suffer for contributing to his downfall as an artiste a comment most people thought was too harsh.

Also Read: “God will punish you” – Iwan tells Bulldog for killing his career

But in reaction to the rant by Iwan, Bulldog confirmed that indeed he was the one that is making Iwan go through all these troubles as an artiste and has even rendered an apology to him stating he didn’t know what he was doing by then.

Bulldog in an interview stated that aside Samini, Iwan is the next biggest thing to happen in Ghana’s dancehall fraternity.

He stated: “Recently I apologized to Iwan that if I had the knowledge I have today I would not have done that”

On him killing the career on Iwan he stated: ”Yes…yes! I have accepted and I have apologized. He has come home twice to apologize to me already. I saw that particular show…ask him he will tell you. Because we are at the back, we know a lot of things they don’t know. If I knew what I have today I would not have done that”

“Before all these things started, before the dancehall after Samini it was Iwan nobody else. There was no Shatta Wale, there was no Jupiter there was nobody…don’t joke with Iwan”

SEE MORE: Shatta Wale Is Just A ‘Village Champion’ And My Song “Fanfooler Is A Diss Song To Him – Iwan