Information reaching Ghpage.com has it that, artist manager signed unto the Zylofon Media record label, Lawrence Asiamah Hanson aka Bulldog has been fired by Zylofon Media.

Before Bulldog joined Zylofon Media in November 2017. He had worked with renowned artists such as Shatta Wale, the self-acclaimed Dancehall King.

SEE ALSO:  Watch The VIDEO Of When Stonebwoy Fired Gunshots At Bulldog And His Macho Men

They parted ways in a dramatic manner where Bulldog was even arrested for threatening and stealing from Shatta Wale.

Bulldog was signed unto Nana Appiah Mensah’s prestigious record label in November 2017 in a juicy package that included $30,000 and a car.

The former PRO for Film Producers Association of Ghana and the communication director for Faithful for Mahama Movement, Micheal Kwaku Ola yesterday, 28th July 2018 took to Facebook to quiz if Bulldog has been sacked by Zylofon Media.

His statement has sparked a series of rumors on social media with people also asking similar questions.

SEE ALSO: Bulldog Says We Should Stop Questioning Zylofon Media CEO’s Source Of Wealth Because He Is Helping The Industry

It’s unclear the information obtained by Ola Micheal but considering his status in the entertainment industry and the fact that he was the first person to break the news when Bulldog was signed by the label, many people have already concluded his question may actually be a statement of fact.

Is it true that Bulldog, aka, Hansin Asiamah, has being sacked from zylofon? Errrrrmmm….. 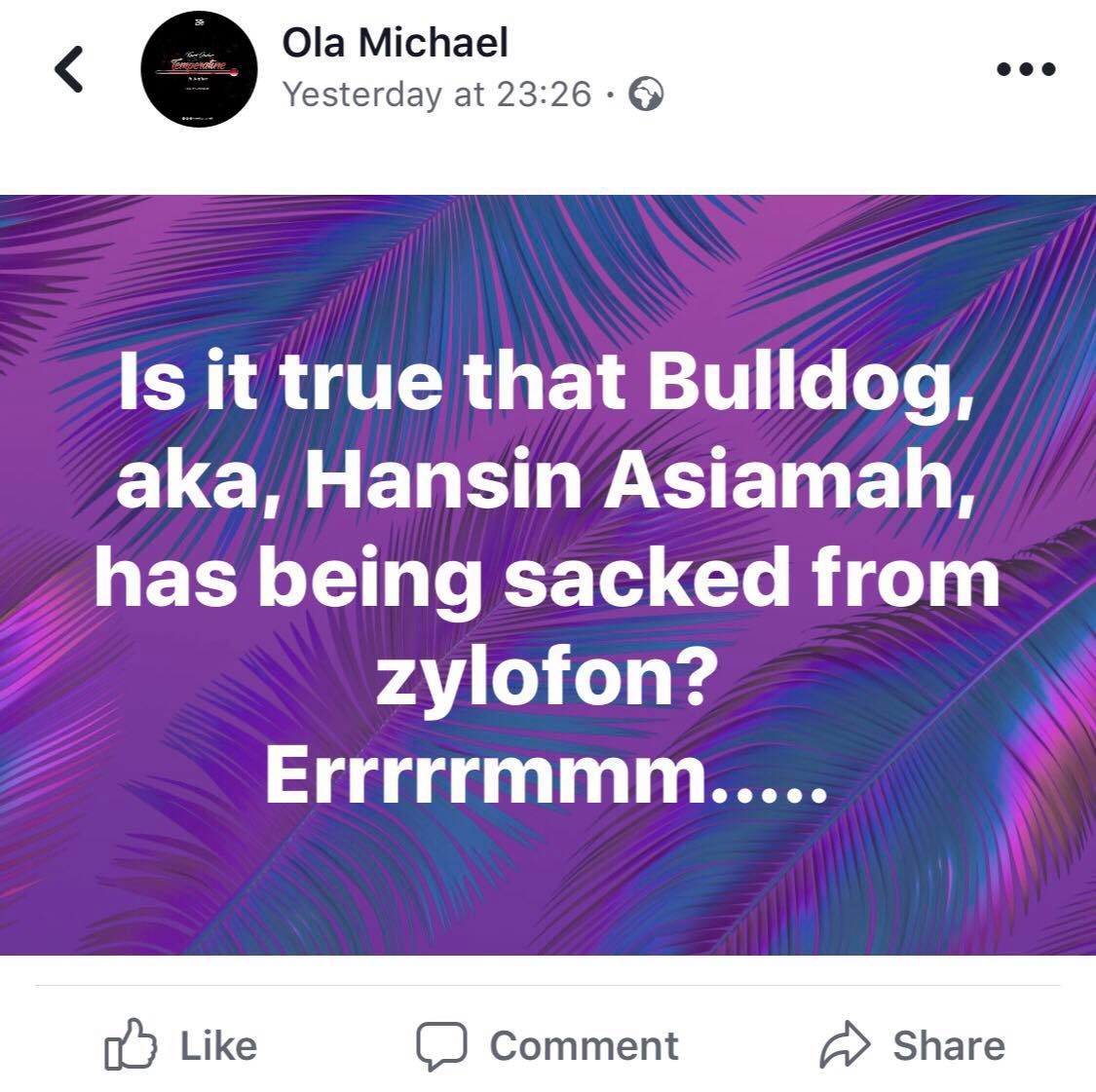 It’s worth noting that, Bulldog was the main person who sparked the beef between Zylofon Media and Stonebwoy that nearly made Stonebwoy leave the record label.

SEE HERE: Video: How the fight between Stonebwoy and Zylofon Media’s Bulldog started