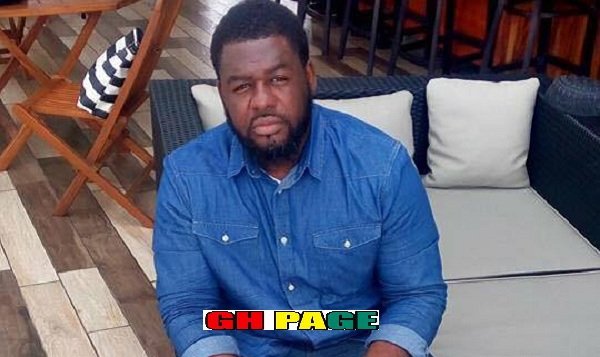 Larence Nana Asiamah Hanson, popularly known as Bulldog, the former manager of Dancehall Artist, Shatta Wale and the CEO of Bull Haus Entertainment has been freed on the allegation that he murdered Fennec Okyere, the manager of HipLife artist Kwaw Kese.

Fennec Okyere was murdered in his home in 2014 and police investigations as that time led to the arrest of Bulldog as the prime suspect.

He was remanded for some time before being released by the court to further assist the police in their investigations into the matter while he still remains the only and prime suspect in the murder case.

Well, it looks like luck has shined on the Artist Manager as the Attorney General, Mrs. Gloria Akuffo has disclosed that the state is no longer interested in prosecuting Lawrence Nana Asiama Hanson, aka Bulldog, over the alleged murder.The Attorney General’s advice on the case docket states so

Explaining to the court, the prosecution lead by Chief Inspector Simon Apoirsornu, the AG has advised that Bulldog, who also doubles as the CEO of Bull Haus Entertainment be discharged to enable further investigation.

SEE ALSO: Fennec is seated by my right in spirit because he knows that I have been accused wrongly – Bulldog

According to Chief Inspector Simon Apoirsornu, the advice was specifically addressed to the bnDirector General of the Criminal Investigation Department (CID) of the Police Service. The advice further caution CID from filing the advice at the court.

The Chief Inspector further indicated that advice to the CID Director-General was covered under the Privileges Act, Section 100 of the Evidence Act.

But the Defense lawyer, Jerry Avenogbor, disagrees stressing that Section 100 of the evidence Act indicates that privilege information is between professionals and their clients like lawyers and doctors.

Bulldog’s lawyer averred that adjudication of justice in the country’s jurisprudence is ultimately between the court and the investigating body.

He told the court presided over by Worlanyo Kotoku that his client was incarcerated for a while but the judiciary saw the need to bail him because the police investigation led to nothing.

Mr. Avenogbor was worried that the prosecution has been asking for adjournments which he said has been “hindering the administration of justice”.

Mr. Avenogbor further accused the police of having plenty excuses while establishing that law is solely in the hands of the judge to discharge bulldog.

The trial magistrate, however, ordered that Richard Gyambibi, the Senior State Attorney who wrote the advice be summoned before the court to explain the aspects of the advice covered by privilege.

SEE ALSO: Fan Writes An Emotional Letter To Yvonne Nelson – He Threatens To kill Himself