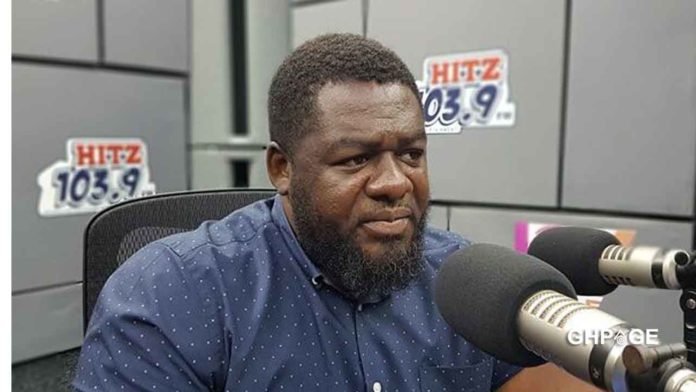 Showbiz pundit, entertainment critic, and Manager of Dancehall artiste Shatta Wale, Bulldog real name Lawrence Nana Asiamah-Hanson after his arrest by the Police days ago is back again.

READ ALSO: Bulldog arrested for saying his 9-months baby is wiser than the Ghana Police Service

Bulldog seems very hurt with how he was mishandled by the police after he was arrested over the death of former artist Manager, the Late Fennec Okyere as being the prime suspect.

In his latest interview on Okay FM with Halifax, Bulldog again recollected the bad experience he went through when he was put behind bars for 2 solid weeks before any investigation was carried out.

“I was put behind bars before the Police did any proper investigation on the murder case of Fennec. They held me on suspicion” he stated.

Further in his speech, he pointed out that if that is how the law is meant to treat suspects of any crime or murder then it’s a ‘stupid’ and useless law. Adding that the laws must be reviewed.

Bulldog after his second ‘bad’ encounter with the Police Service is now determined regardless to take the latter to face the law thus sue them.

Speaking on Okay Fm today, Bulldog threatened to sue the Ghana Police for wrongful arrest and defamation because after his arrest over the death of Fennec Okyere he was given no compensation after the court vindicated him.

“I’ll sue the Ghana Police for wrongful arrest and defamation because it is on record that they have evidence against me…..” Bulldog stated.