Bullet caused the collapse of Ruff and Smooth – Ahkan 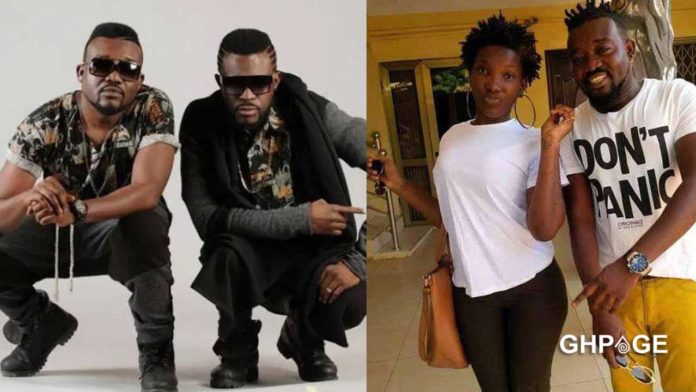 Former group member of Ruff and Smooth Akhan has pointed an accusing finger at the CEO of RuffTown records Bullet as being the one behind the collapse of their music group.

This comes days after Bullet revealed in an interview that Ahkan indirectly caused the break-up with his frequent traveling abroad and his request for them to start a solo project.

But Ahkan shedding more lights on the issue explained that he together with Bullet agreed that though they are in a music group they can still release their solo projects.

He continued that when Bullet signed the late Dancehall act Ebony Reigns, he started pulling away from Ruff and Smooth and concentrating fully on his newly signed artiste.

According to Akhan, since he also fed his family with his music money he couldn’t sit idle and watch Bullet manage his artiste while he also starves to death.

Akhan added that though he is not against Bullet signing an artiste, he believed that he should have made things clear to the team or even asked them to help push his artiste but he kept quiet and did everything all by himself.

He concluded by saying he had granted a lot of interviews and never did he say Ruff and Smooth has broken up but Bullet who is the main brain has been saying the group has collapsed.