Bullet and Ebony’s father should behave like adults – Feli Nuna 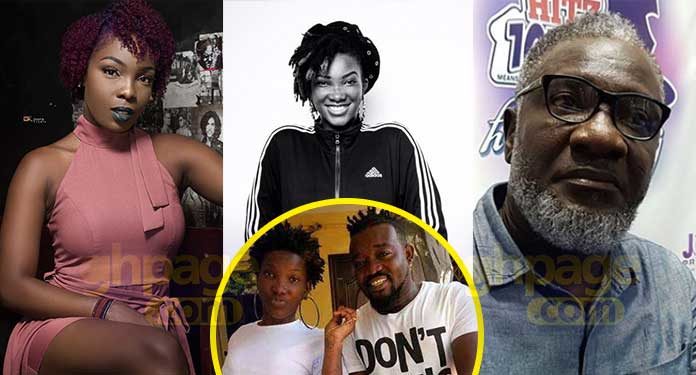 Felicia Nana Akosua Tawiah, known in showbiz as Feli Nuna, has waded into the ongoing media war between CEO of Ruff Town Records, Ricky Nana Agyemang aka Bullet and father of the late Ebony Reigns, Nana Opoku Kwarteng calling for a ceasefire.

According to the “Gelaway” hitmaker in an interview with Natalia Nana Ama Andoh on Class FM, it was unfortunate that the issue has degenerated into a public feud which she deemed it “unnecessary”.

“Honestly, it’s too appalling for me to talk about it and besides they are adults and they should behave as such,” she said.

For her, the disagreement must cease so that the late musician’s soul will rest in peace.

The death of the late dancehall queen, Ebony Reigns became an issue in recent days with Nana Opoku Kwarteng, Father of the late VGMA ‘Artiste of the Year’, 2017 Ebony Reigns, dropping the bombshell with a new revelation about how Bullet told him that he could resurrect Ebony with an assistance of a Man of God

Mr Kwarteng, also revealed in an interview recently that Bullet gave him only GHS2000 out of the GHS 39,268 earned from Ebony’s Tribute Concert organised on the eve of his daughter’s funeral which Bullet denied and also called him [Nana Opoku Kwarteng]greedy disassociating himself from her unreleased songs.

Barely days after Bullet’s statement, Nana Opoku Kwarteng went on Tv3 and GhOne to reveal a paper alleging to be the list of the breakdown of monies paid to artists who performed at Ebony’s tribute concert on the eve of her funeral given to him by Bullet.

However, several musicians like Edem, Captain Planet, Raquel, King Promise and Keche, have denied vehemently taking a dime in order to perform at the concert.