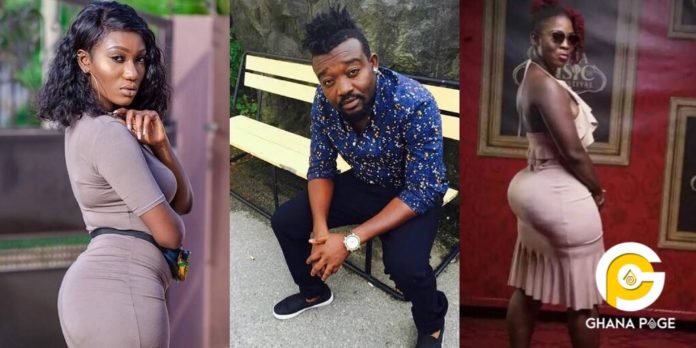 Ms Forson has been making incredible revelations about her former boss.

She initially accused Bullet of demanding a whooping sum$50,000 from her to fund her music projects she subsequently revealed that he forced her to divorce her husband with whom she had been married to for just four months.

Now in a recent interview, Ms Forson alleges that the songs she wrote in collaboration with Bullet have been given to Wendy Shay.

She strongly insists that she co-wrote ‘Stevie Wonder’ one of  Wendy Shay’s songs was one of the songs she wrote with Bullet.

Narrating her sad story she alleged that Bullet recorded several songs with her when she was under his label but the songs were never released.

She added that most of the songs she wrote with Bullet and recorded when she was at his label are the songs Wendy Shay sings now.

Bullet is however yet to react to these new allegations levelled against him. Keep visiting this portal for more updates as the story unfolds.