Burundi President fires all married government officials with side chicks 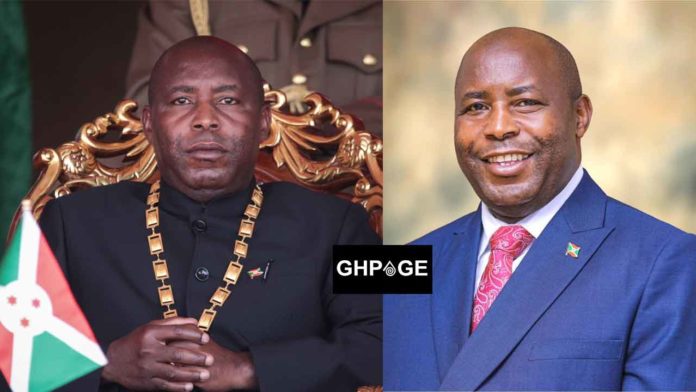 The President of Burundi General Évariste Ndayishimiye, has passed a directive to sack all married government officials involved in extra-marital affairs.

The military leader of Burundi announced that this move is in the right direction to moralize society.

According to the directive, every married government official involved in extra-marital affairs risks being fired.

The Minister for Internal Security Gervais Ndirakobuca who announced the directive explained that all married government officials with illegal unions outside their marriages will be sacked.

This step, they say is to honor the late Burundian President Pierre Nkurunziza who announced his plan in May 2017 to moralize Burundi.

This post on social media has received mixed reactions from social media users who have shared their opinions.

Ash vel stated; “Hahaha….when government has left nothing to do on,just have to interfer in people’s affairs”.

Mr X wrote; “It’s useless, they should use such energy to fight corruption not this nonsense. African states can do everything to oppress people but will never fight corruption and inequality in governments”.

NobleAlkebulanMan added; “It’s their personal life. Nonetheless, if they see it fit, good for them”.

Thesonofcomfort commented; “That’s moral value at a new level. Quite impressive from an African country”.

the mad king added; “African nations should embrace their traditional culture of polygamy. Westernization is helping no one”.