I can never fade away-Okyeame Kwame

.. I'm rather offering these young artists the opportunity to be great. 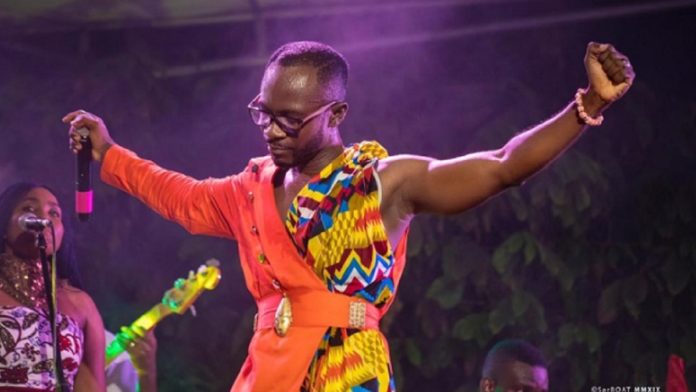 Veteran Ghanaian musician and songwriter Kwame Nsiah-Apau known by the stage name Okyeame Kwame has debunked the assertions that the old musicians are reviving their dead careers by featuring the young artists on their songs.

According to the “Made in Ghana” hitmaker, he is rather offering an opportunity to the new crop of artists by featuring them on his songs.

Okyeame Kwame further stated that he has established a strong brand for himself and that he can never fade away.

He explained that he featured Lynxx Entertainment signees, Kidi, and Kuami Eugene on his Made in Ghana album to encourage Ghanaians to be proud of their heritage and culture.

“When I feature young artistes, I am rather offering them the opportunity to be great and not to use them to revive my brand.

An artist like me cannot expire. I have established a brand so strong that I cannot die out, not to talk of using up-and-coming artistes to resurrect my brand”, Okyeame Kwame disclosed.

Recently, there have been several collaborations between the old and young artists which have gained massive attention.

Okyeame Kwame also featured Kuami Eugene and Kidi on a song and it is believed these veteran artists are using these young musicians to revive their dead careers.

However, Okyeame Kwame explained that he is rather giving these young artists the opportunity to be great.

Share
Facebook
Twitter
WhatsApp
Previous articleStonebwoy’s daughter sings “Shuga” in a lovely video with her dad
Next articleTears flow as Prince Jackson, the kid in Omo Ada viral video is laid in state