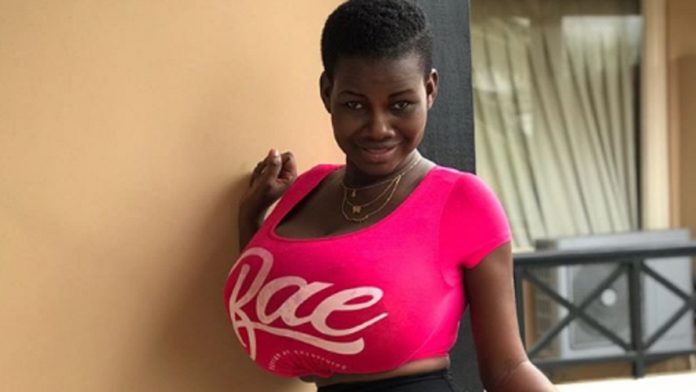 Popular video vixen and actress Pamela Odame Watara has made an interesting revelation about her sex life.

According to the controversial video vixen, she is capable of having sex for over 2 hours depending on who she is having it with.

Pamela explained that she can go as long as she wants as far as she is enjoying the sexual encounter with her partner.

She further stated that it is normal for every woman to have such a sexual encounter for that long.

Pamela Odame Watara is a model, video vixen and an actress who shot to fame due to the huge size of her boobs.

She has also been involved in a lot of controversies, including an incident where she claimed she was a student at Wisconsin University.