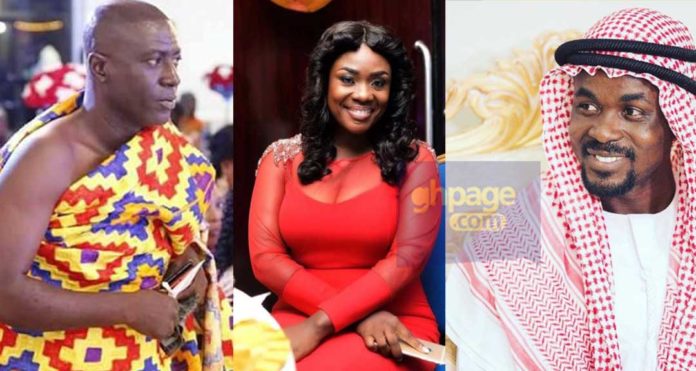 Ghpage.com has sighted a video of Adom FM presenter, Captain Smart and Kumawood actress, Emelia Brobbey lamenting the collapse of Nana Appiah Mensah owned Menzgold how their money has been locked up at Menzgold.

According to the two famous Ghanaians, their money has been locked up at Menzgld and they have not been able to retrieve it due to the shutdown order from the Securities and Exchange Commision of Ghana.

SEE ALSO: Menzgold has not submitted the documents we requested – SEC

Speaking on Adinkra Radio in the USA, Captain Smart who was in the studio with Emelia Brobbey admitted his “Small Money” is locked up at Menzgold. Shocked Emelia Brobbey also added she also has her money locked up.

Captain Smart, however, stated the entire Ghanaian banking system has serious changes and need overhauling or strict measures to solve the challenges.

Millions of Ghanaians money has been locked up at Menzgold and they are having a tough time getting their money back. This particular problem started after the Bank of Ghana and the Securities and Exchange Commision intervene in their activities.

SEE ALSO: Menzgold closed down by Securities and Exchanges Commission

Menzgold was ordered to shut down by the SEC for violating their operational permit. According to SEC, Menzgold is not authorized and has no licensed for their gold vault investment service.

Menzgold has since sued SEC and Bank of Ghana for unnecessary interference in its activities leading to the loss of confidence in investors.