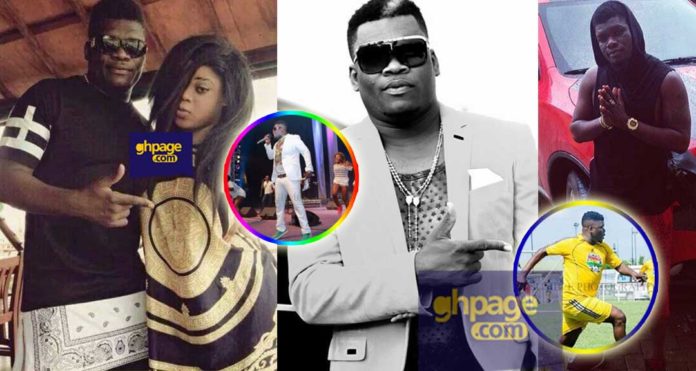 Four years after Ghanaian musician, Castro and his lady friend, Janet Bandu vanished in the Ada river whiles on holidays, a repented occultist, Obaatan X claims Castro born Theophilus Tagoe is very much alive and he is enjoying life in “2nd Heaven” and that he will return soon

Accoriding to the occultist who claims he has lived under the sea for years, Castro is currently living under the sea but because life is good, he is feeling reluctant to return.

The man who claims to have repented added that Castro was supposed to return last 2 years September 15th but the good life under the sea swayed his decision to return.

SEE ALSO: Ebony’s father reveals why he has been fighting Bullet from the day his daughter died

Obaatan X was speaking in an interview with Fancy Di Maria of Kumasi based Angel FM during the Sunset Drive when he made those statements which he claims are statements of fact!

The now born again Occultist added that Castro has grown fat living in the 2nd heaven and he will return soon to the surprise of many. The man claims it’s false to state anywhere that Castro is dead because he is very much alive under the sea.

SEE ALSO: Hollywood Actor now begs on the street of Accra for a living [See Photos]

“The musician, Castro is alive and he will be returning to the world of the living very soon. He is currently in the 2nd heaven and enjoying life. He is now looking fat and fresh.”

“He should have returned on 15th September 2016 but because he is living good and life under the Sea is marvelous, he changed his mind but he will return soon, he is not dead.”