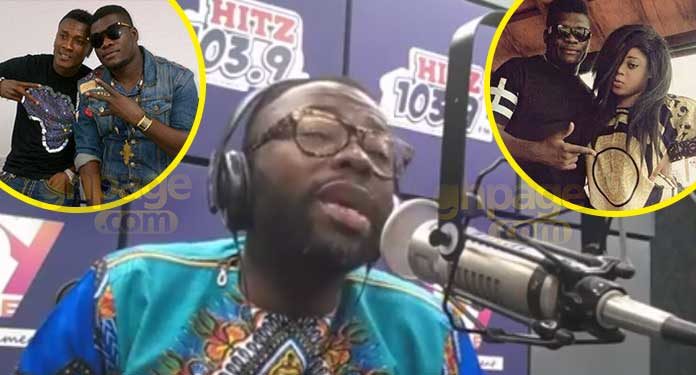 Four years after Ghanaian musician, Castro and his lady friend, Janet Bandu vanished in the Ada river whiles on holidays, a repented occultist, Obaatan X claims Castro born Theophilus Tagoe is very much alive and he is enjoying life in “2nd Heaven” and that he will return soon

The musician was reported to have died on one of the jet skis at the resort but the controversies that surround the death has never ceased to end.

read also: HOLLYWOOD ACTOR NOW BEGS ON THE STREET OF ACCRA FOR A LIVING [SEE PHOTOS]

Andy Dosty, the host of Hitz FM’s Day Break Hitz has added some fire to the almost dead debate about Castro’s disappearance.

According to Andy Dosty, Castro is very alive and dared people like Asamoah Gyan who knows what really happened at Ada should come out with the truth and stop lying.

The popular DJ and radio show host was fumed when the issue of Castro’s death was raised during the entertainment newspaper review discussion on his show this morning.

read also: EBONY’S FATHER REVEALS WHY HE HAS BEEN FIGHTING BULLET FROM THE DAY HIS DAUGHTER DIED

According to his claims, since the keys to the jet ski were reported to have been found in the ignition and packed on land, he will never believe Castro is dead and urged the musician to come back and warned that if he fails to come now and return after the stated seven years, get will be charged with deceit of the public.

“…they’ve been lying to us for so long, …enough of the lies… they saw that the jet ski was packed on a land and not on top of a river, the key string was in there so why would people lie about it that the guy has been drowned?”

“…Asamoah Gyan should come sit in front of me and lie through his teeth, let’ see what happens, what is this?. Castro is not dead, he should come back, we are waiting for him and we will wait until the seventh year we declare him dead…”

read more: Tiwa Savage finally opens up on her relationship with Wizkid