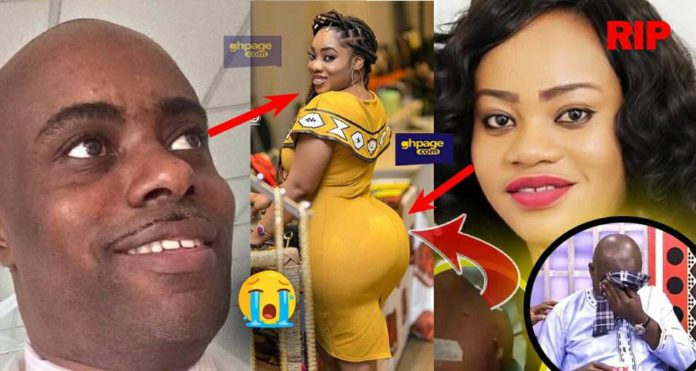 The Director of the Obengfo Hospital, Dr. Dominic Obeng Andoh was charged with murder by the police at the Accra District Court on Tuesday—Over the death of Deputy Chief Executive Officer of the National Entrepreneurship Innovation Programme (NEIP), Stacy Offei-Darko.

According to the deceased mother, her daughter(Stacy) went to the hospital to seek medical attention because of her malaria.

It was during the court proceedings yesterday, however, it was revealed that Stacy went there to do Lipo selection and fat transfer surgery. The surgery failed and she died.

In an audio report heard by GHPAGE.com also revealed that Stacy went to the Obengfo on 20th May 2018. She died the next day, 21st May 2018 whiles the surgical process was ongoing.

After she died, Dr. Dominic Obeng-Andoh on his own authority took the body of the lady to 3 different mortuaries to be deposited. It was refused with the reason being that they need a family member present.

Finally, with Edward Amponsah, a cleaner at the Obenfo clinic impersonating as a relative of the deceased, Dr. Dominc Obeng-Andoh convinced St Gregory hospital at Buduburam to accept the remains of the late Deputy Chief Executive Officer for National Entrepreneurship Innovation Programme (NEIP).

The late Stacy Offei Darko is rumored to have had a child with the outspoken NPP member of Parliament for Assin Central, Hon Kennedy Agyapong.

The doctor has been charged with murder whiles Edward Amponsah charged with impersonation. Obengfo collapsed when he got arrested.

Obengfo hospital in recent times became popular when Moesha’s friend and presenter at Okay FM Abena Moet exposed and confirm rumors that she has undergone surgery to lift her b00bs and a$s.

According to Abena Moet, Moesha did not undergo the surgery in the USA as many people think but rather at Doctor Obengfo’s Clinic.

READ ALSO: Photo Of When Moesha Boduong Was Having Her A$$ & B00bs Surgery Pops Up On Social Media