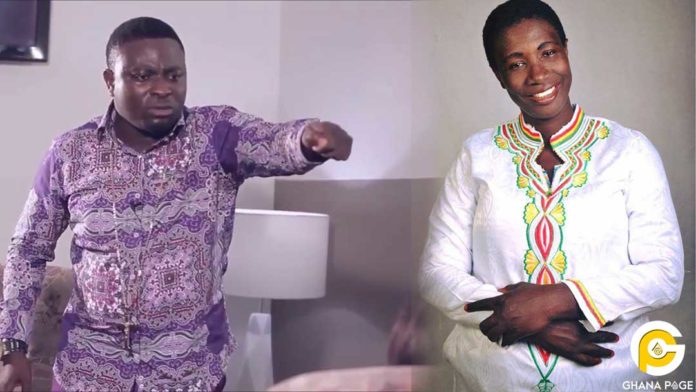 Ghanaian musician Samuel Opoku popularly known as Brother Sammy has revealed in an interview that his colleague gospel musician Cecilia Marfo had a sexual encounter with her driver a day before she slapped him at the Kumasi Sports stadium.

According to the musician, Cecilia Marfo is keen on making him the bad person by tainting his reputation so no one will listen to his music.

Brother Sammy also disclosed that Cecilia Marfo tore the gold chain he bought for 150 million cedis and decided to take the issue to court but was advised to let it go.

“You slapped me and later called me an occult and now you have been exposed by your associate pastor.

I don’t have any issue with Cecilia Marfo but she had bad intentions that is why she can’t release a hit song. She is getting crazy and also sleeps with her driver. She has been exposed”, he disclosed.

ALSO READ: Akuapem Poloo recounts how her account was hacked by Quophi Akotuah

The musician also reiterated the point that black magic also known as ‘juju’ is rampant in the gospel music industry and that Cecilia Marfo practices occultism.

Recently, another gospel musician, Gifty Adorye revealed that Cecilia Marfo wrote her name on a GH50 note and buried it with intentions to kill her.