Chairman Wontumi and I dated for 16 months – Afia Schwar 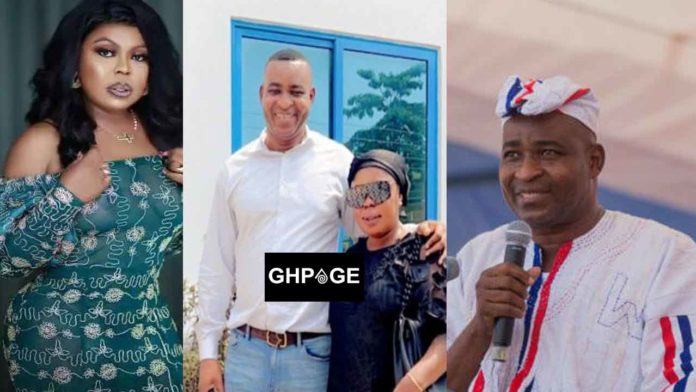 Afia Schwarzenegger says her relationship with Chairman Wontumi which has triggered a discourse on social media for about two months was not a one-time fling.

According to the controversial media personality and comedienne, the two had an intimate affair that lasted for16 months.

Afia Schwar disclosed this on United Showbiz Saturday on UTV, where she appeared as a guest while addressing her issues with the politician and media owner of Wontumi Radio and TV.

Wontumi had disputed Afia’s claims through his lawyer Maurice Ampaw, asserting that he cannot stoop low to date her and filed a defamation suit against her.

But the mother of 21-year-old twins said she has enough evidence to prove that it did happen.

Afia’s attacks on Chairman Wontumi started after he employed Delay as a presenter at his newly opened Wontumi Radio in Accra.

This created the impression that she was bitter that despite her close relationship with Wontumi, he went behind her back to pick Delay to work for him.

But Afia clarified that her attacks on Chairman Wontumi are not a result of this.