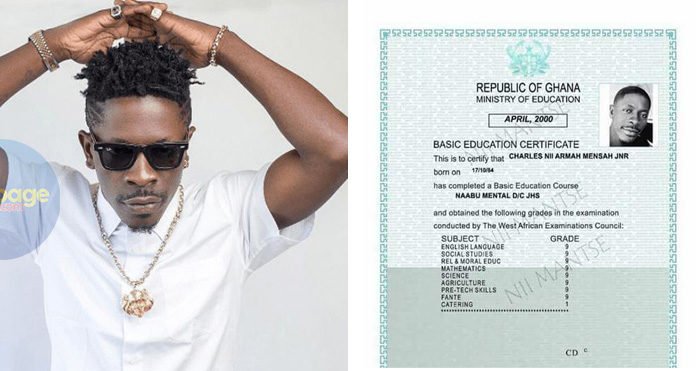 Self-acclaimed dancehall king Shatta Wale has bitten more than he can chew over comments he made about BET Awards claiming that he cannot find his Basic Education Certificate Examination (BECE) certificate and should not be bothered about Black Entertainment Television (BET) Awards.

READ ALSO: Video: I Don’t Do Young Girls – Kuami Eugene warns Snapchat girls who have been sliding into his DM

His comment has given people the opportunity to troll him as some experts in the creative arts industry has released series of BECE certificates allegedly belonging to Shatta Wale with others indicating that his comment could be borne out of ignorance.

Subsequently, some BECE certificates with a chain of failed grades from different schools are making rounds on various social media platforms purported to belong to the musician born Charles Nii Armah Mensah who in a recent comment made it clear that he cannot find where his BECE certificate than to think of BET Awards.

READ ALSO: Stonebwoy names his BEST 5 musicians in GH; Guess who is number 4

The BET Awards were established in 2001 by the Black Entertainment Television network to celebrate African Americans and other minorities in music, acting, sports, and other fields of entertainment over the past year.

The awards are presented annually and are broadcast live on BET. The annual presentation ceremony features performances by artists, and some of the awards of more popular interest are presented in a televised ceremony.

But Shatta Wale who failed to get the nomination despite Stonebwoy picking his second said he was not worried at all. 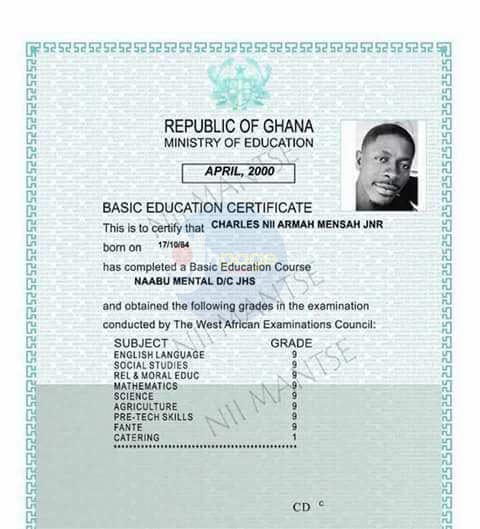 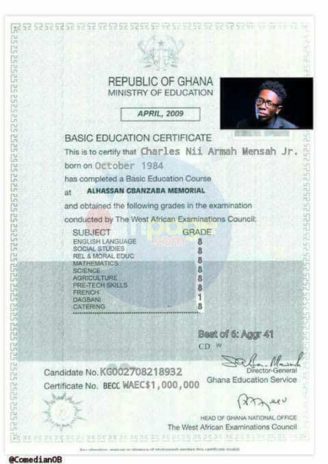