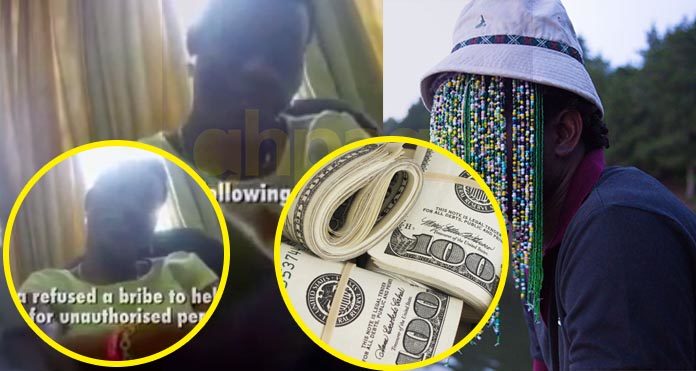 A potentially explosive documentary by investigative journalist Anas Aremeyaw Anas is alleged to have captured 77 Ghanaian referees and 14 Ghana Football Association (GFA) officials for engaging in acts of corruption.

However, like with most corruption documentaries by Anas, a few individuals are celebrated for their honesty as a result of rejecting bribes.

The two people are Kweku Ayiah and John Frederick Mensah. Kweku Ayiah is a legal practitioner. He is the management committee chairman of the Black Starlets. He is also a member of the Executive Committee and the Emergency Committee of the Ghana Football Association.

It has appeared they are not the only patriots who rejected Anas’ bribe.

The Chief Protocol Officer at the Ministry of Youth and Sports, Diana Boateng was among the few upright persons who refused to take bribes from Ghana’s undercover journalist, Anas Aremeyaw Anas to manipulate processes.

Madam Diana Boateng was seen in one of the videos outrightly rejecting a bundle of cash that had been handed over to her by a member of Tiger PI crew.

The general captain of the Ghana Black Stars, Asamoah Gyan has made a revelation on the pressure being mounted on him by...
Read more
Ghana Sports

A few months ago, Ghanaian footballer and former captain of the Black Stars, Asamoah alleged that his wife Gifty Gyan had had extramarital affairs....
Read more