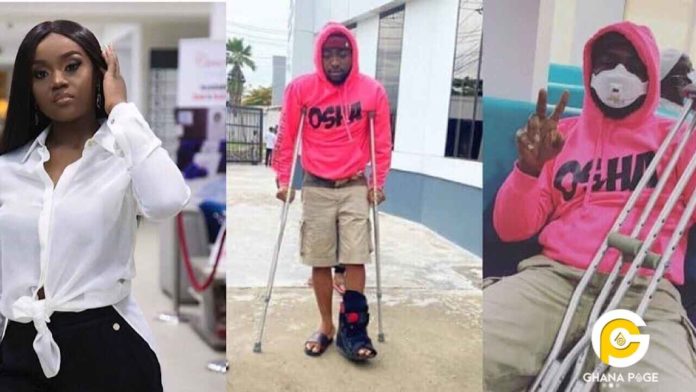 The Chioma-Davido drama seems to intensify as the days go by. A few days ago it was rumoured that the Nigerian Afro-Pop star, had impregnated a another girl in London and the girl in question was said to have given birth to another child for him.

READ ALSO: Chioma has packed her things out of Davido’s house – Journalist alleges

According to the rumours, this allegations of infidelity resulted in Chioma and Davido calling off their engagement, thus their marriage.

According to recent information that has just come to light, Chioma got physical with Davido and push him resulting on a serious injury.

Narrating all that ensued between them, a popular blogger shared the following on social media it reads:

Some days ago,Superstar Davido uploads picture of a bandaged leg which left his fans in awe as to what went wrong with the ever vibrant SHEPE lord,well information from the Amebo headquarters states that Chioma and Davido got into heated arguement and Chioma pushed him(reason for the bandaged leg)
it’s a tear of ligament due to the fact that he fell

Remember I broke the news months back about the girl he impregnated and Kemi Olunloyo came for me saying Gistloverblog is lying ,David didn’t impregnate anybody,now it’s the same Kemi and some bloggers who hopped on the news after the woman gave birth,Tueh

He checked in Reddington hospital yesterday and the day before,my source reveals that injury is a bit serious and he came in the company of his friends and bodyguard,we wish Uncle David quick recovery and Chioma should take heart too,at least he got some people before you came Into the picture,No kill my brother o Chioma,take time i come in peace,igi corona oni wolu wa o(tree of corona virus won’t fall on us o)

Indeed there seems to be a lot brewing if these rumours are anything to go by. 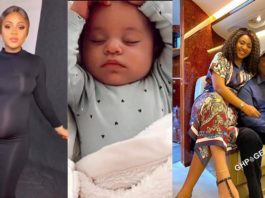 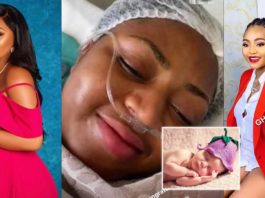 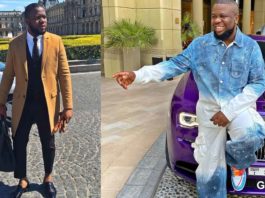 Video of Hushpuppi’s last words a day before his arrest pops...