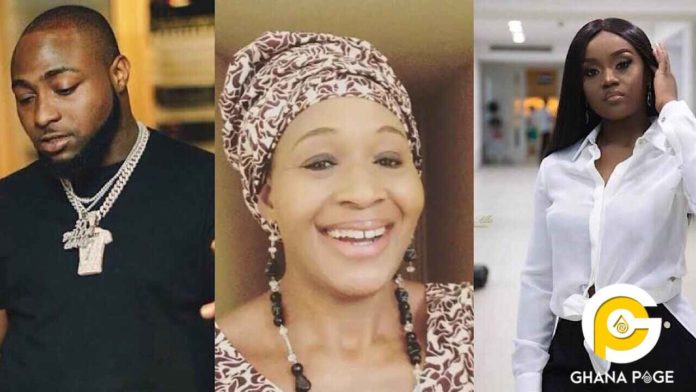 Nigerian journalist, Kemi Olunloyo noted for publishing controversial and sensational stories has come up with yet another of her incredulous stories.

At the center of her incredible controversy, is Nigerian superstar, David Adeleke popularly known as Davido, and his fiancée Chioma Avril Rowland.

According to Kemi, Chioma Rowland Davido’s fiancée and baby mama has packed her belongings and has stormed out Davido’s residence in Lagos. She added that Chioma is heading to her hometown in Eastern Nigeria.

“Chioma has moved out. Off to Igboland. Currently at the motorpark”

Her allegations come on the back of recent speculations that Davido has been unfaithful to his fiancée and impregnated yet another woman in London. According to the rumors, this has resulted in their engagement being called off.

Her rumours are unverifiable as neither Davido nor Chioma has reacted to them.

Fans of the artiste who have taken a strong liking to Chioma ever since she was unveiled as Davido’s girl are deeply worried and wondering if trouble is indeed brewing in the once sweet relationship. Is Kemi’s information not credible? These are the questions GhPage.com seeks to answer.