Photos of Bettie Jenifer, Chris Attoh’s wife who has been shot dead in USA 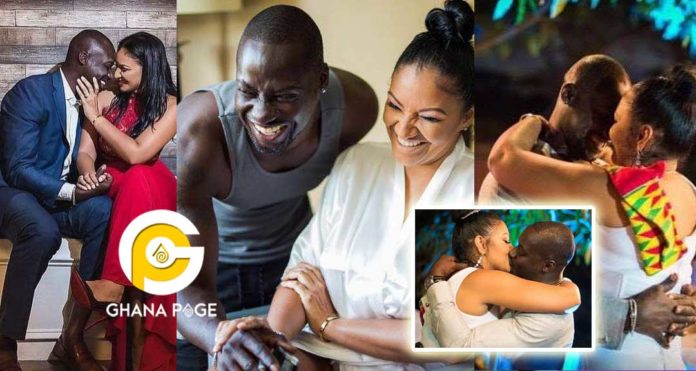 News broke just a few moments ago that Chris Attoh’s wife whom she married in October 2018 has been shot dead in the Maryland, United States of America.

According to the reports, Bettie Jenifer had closed from her office in the 6300 blocks of Ivy Lane and was walking towards her car when she was approached by a gunman. Fearing for her life, she fled but was chased down by the assassin and shot at.

The sad incident happened just yesterday, Friday 10th May 2019 around 5:00 PM. The killer fled into a waiting car which sped off immediately

According to the police report, the assassin is “a black male with a thick build and black hair, wearing a dark shirt and pants.”

Bettie Jenifer was a very private person who lived his life away from public eyes. Even her wedding to Chris Wedding was held at a private ceremony at Dansoman, Accra.

It’s sad how things have turned out for such a beautiful young lady who was full of life and ambition.

Check Out More Photos Of Bettie Jenifer below

SEE ALSO: Years after sleeping on the veranda, I now own 128 houses – Kennedy Agyapong tells his life story and how he became a millionaire

Before she died, there were rumors Chris Attoh had divorced her. The rumors started when Chris Atto deleted all her photos from his Instagram page.

But looking at how Bettie was private, it could be she asked him to do it and there is nothing more to it. May her soul rest in perfect peace