Chris Vincent Descends On Frema Ashkar; Calls Her A Husband Snatcher And A S*x Doll 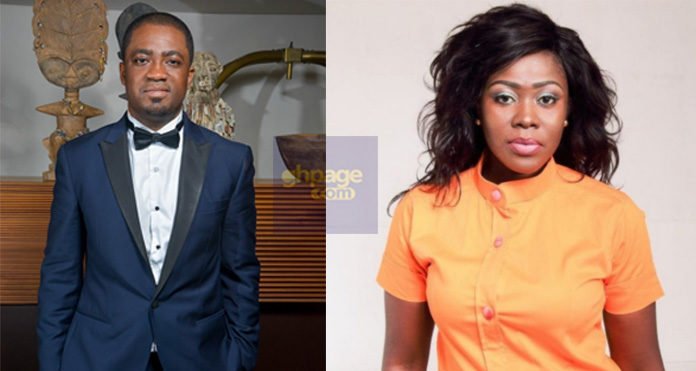 Popular blogger Chris Vincent came under serious attack after his write up about Ghana’s finest rapper Sarkodie sparked anger on social media with fans and lovers of music trolling him for such a ‘stupid’ write up.

The case of this blogger[Chris Vincent] is how Sarkodie disrespected a female fan. He went on in his write up to call Sarkodie an illiterate and arrogant douche-bag.

The beautiful ‘Good Morning Ghana” hostess on Metro TV Frema Ashkar has also thrown shades at Chris Vincent for calling Sarkodie an illiterate with his write up claiming it’s unprofessional and bad journalism.

“…I will not say a lot but I have seen reports from him that are not accurate, that are factual, they are completely false…But you don’t go to the extent of insulting him. This is very ungentlemanly and it is very unprofessional. As a journalist, you don’t go about calling people douche-bag, it very bad and ungentlemanly…”

Well, it seems a fresh war of words is about to start as Chris Vincent has replied Frema Ashkar calling her a husband snatcher and a s*x doll. Like seriously?

In his new write up, he wrote:

I am told husband snatcher and Kwabena Kwabena‘ s*x doll, Frema Ashkar went on TV to say I am a bad journalist because of my opinion on Sarkodie based on an encounter.

Who is a bad or good journalist is a matter of perspective—a matter of opinion and where you sit at the table on an issue.

But who is a husband snatcher and a cheap s*x doll, is a matter of fact—you cannot dispute that.

Tell Frema that since my journalism life, I have never published anything that has turned out to ever be a lie including the story I did about her “whorish” lifestyle.

I broke the news that she was f*cking Kwabena Kwabena, then someone’s husband, many years ago, and they denied it, claiming that she was just his manager—now, they say they are about to get married!

If that’s bad journalism, then I love it!

I certainly know your kind: those whose only achievement in life is fucking men they claim to work with or for.

Some people need to pass weed test before being allowed on TV!