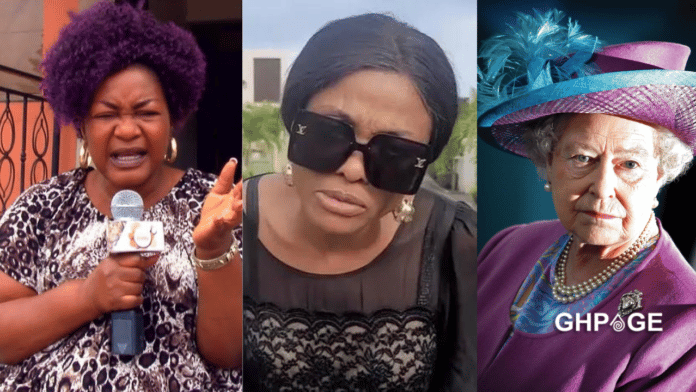 Over the weekends, Ghanaian gospel star, Diana Asamoah reacted to the death of Queen Elizabeth II.

She begged President Akufo-Addo and Otumfuo Osei Tutu II for Ghana to organise its own version of the late Queen’s funeral hosted by the Asantes.

Speaking in a Tiktok video, Diana Asamoah pleaded with the overlord of the Asante Kingdom, Nana Otumfuo Osei Tutu II, to organize a memorable funeral for the Queen because it’s a well-known fact that Asantes are peerless when it comes to the organisation of befitting funerals.

According to Diana Asamoah, she’s much aware that the English Royal Family can’t organize the late Queen’s funeral like Asantes.

This proposal from Diana Asamoah to Otumfuo enraged a lot of Ghanaians who mercilessly descended on her on the internet.

They slammed her for being callous and requesting irrelevant things whiles we have a lot of pressing issues in the country.

She told Diana Asamoah to shut her filthy mouth if she has nothing logical to say because Ghanaians are not happy with her common sense defying comments.