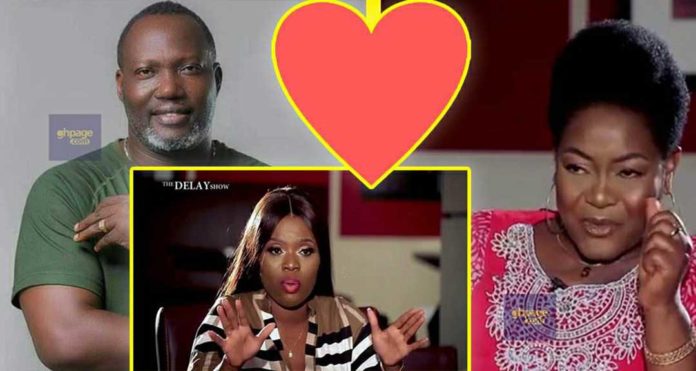 Christiana Awuni on the Delay show has denied ever dating Bishop Bernard Nayrko, her colleague actor. According to the heavily endowed actress, they are just close friends with no strings attached.

Christiana Awuni was responding to a question from the host, Delay if there is any amorous relationship between her and the popular actor as has been speculated for a while now.

Christiana Awuni added that all her close friends are males so people should cease reading meaning into her relationship with other men.

It was in 2017 when the rumors started that Christina Awuni and Bishop Bernard Nyarko are in a secret relationship. According to the reports at the time, Bernard Nayrko and Christiana Awuni have been in a relationship for over 2 years and it’s not a secret among the Kumawood industry players

She stated that they are grown so their affair should not be the concern of anybody. Christiana Awuni said:

“Even married people cheat, so what is their concern if an actor is going out with another. If you guys can’t have more important stuff to discuss, you better leave us alone. I will hunt down any media house who talks about my relationship again* she cautioned furiously.”