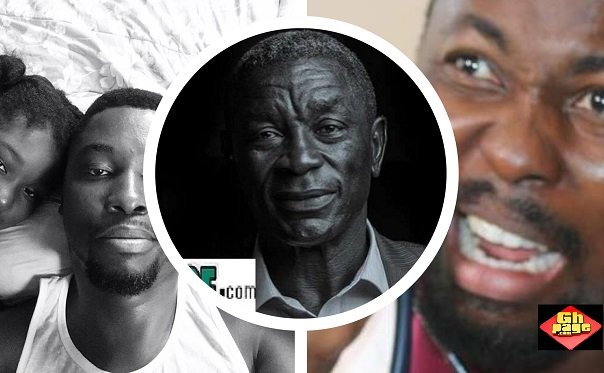 Some Christians in Ghana are excited for the closure of UT Bank because a co-founder of the bank does not believe in tithing.

There are a write-up making rounds on Social media which read “”Prince Amoabeng, former CEO of UT bank once said that he doesn’t believe in tithing and therefore do not pay tithes”.

It further reads that “it is only fools who go and give their monies to pastors in the name of *tithing*”.

“He was very happy and proud when he said that.

*_But three years after his ignoramus statement, I woke up today to only read from newspapers that his UT empire is on the verge on collapsing and GCB has taken over_.*

I wonder what might be going through his head now.

You’re not wiser than God. *Tithing* is not something you give to God in a form of favor. Tithing is what you owe God. Don’t let anyone deceive you.

And that according to Musician and sympathizer of the governing New Patriotic Party, Kwame A Plus, it’s worrying.

And that a ‘thinking’ Christian will come up with the write up all in the name of mocking an accomplished man who has provided a job for a number of Ghanaians.

READ ALSO:Rashad Writes: It’s insane to link the fold up of UT Bank to Kofi Amoabeng’s refusal to pay tithe

In a subtle reply to the write-up, A plus replied;

“Christians are happy that a local businessman who employs many has fallen just because he does not believe in giving to some #Gbemi pastor!!! I thought your bible said don’t even rejoice when your enemy falls?
You see your life….?