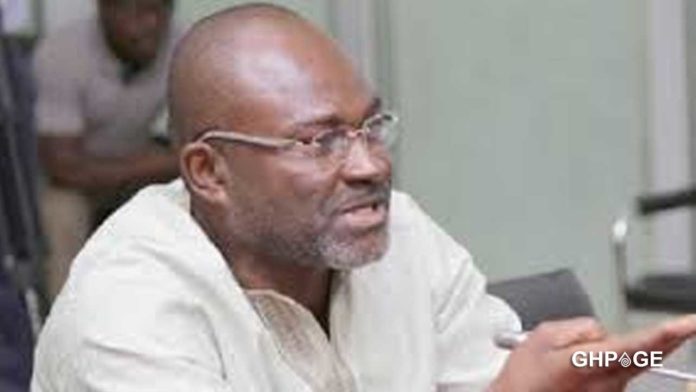 Member of Parliament for Assin Central Kennedy Agyapong after promising of not defending his party the NPP again has rescinded his decision and has launched a fresh attack at the CID boss Maame Tiwaa Addo-Danquah.

In a video sighted, the loudmouth politician is heard calling for the head of the CID boss saying she is doing the bidding of Ace investigative journalist Anas Aremeyaw Anas in the bid to disgrace him(Kennedy Agyapong).

According to Kennedy Agyapong, Ghanaians calling for the dismissal of the CID is in the right direction because she is a disgrace to Police service.

He stated that how can Maame Tiwaa during the wake of the Takoradi kidnap come out at first to say her outfit knows the location of the kidnap ladies but after pressure was mounted on her, she came out again to say she just made that statement to calm tensions down.

Kennedy Agyapong asked that why the CID boss released his statement after the murder of investigative Journalist Ahmed Hussien-Suale but failed to release that of Anas.