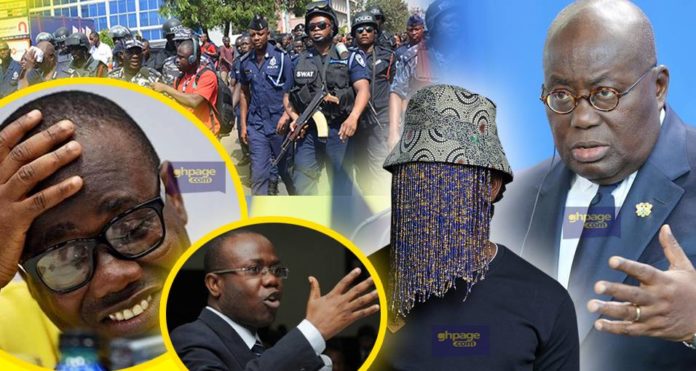 Kwesi Nyantakyi reported himself to the police on the same day, after he cut short a trip to Morocco in order to face charges levelled against him.

He is reported to have defrauded some people under false pretences and is currently being investigated by the Criminal Investigations Department (CID) of the Ghana Police Service (GPS).

After almost 5 hours of interrogation at the CID, he was granted an inquiry bail before being accompanied to his house to enable the police to conduct a search.

It was at that point that his phones and laptops were seized after the police failed to find significant materials connected with the investigation.

Meanwhile, the Executive Committee of the Ghana Football Association (GFA) is expected to meet on Thursday, May 24, 2018, to discuss the crisis it currently faces.

The general captain of the Ghana Black Stars, Asamoah Gyan has made a revelation on the pressure being mounted on him by...
Read more
Sports

Trainer of Ghanaian boxer Isaac Dogboe who is also the father of the boxer Paul Dogboe has revealed that his son's loss...
Read more
International Sports

Argentine and Juventus forward Paulo Dybala have tested positive for the coronavirus for the fourth time in six weeks of being in quarantine, according...
Read more
Sports

John Paintsil confirms the death of his mother

Information we are picking up suggests that Blackstars player Christian Atsu has announced his decision to quit the National football team the...
Read more