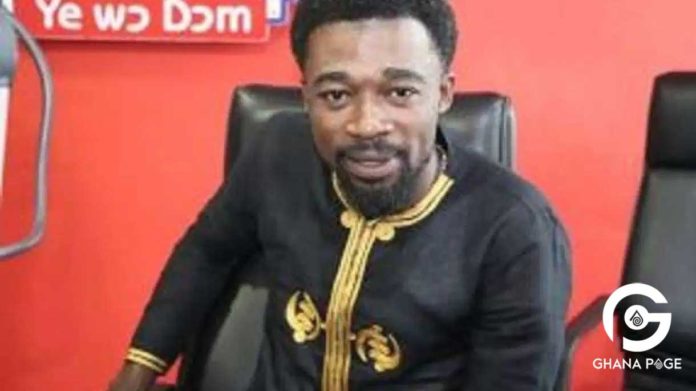 Prophet Reindolph Oduro Gyebi aka Eagle Prophet has disclosed that Ghanaians should be bracing themselves up for another disaster which is set to happen at Circle.

According to the General Overseer of the God’s Crown Chapel, it’s about time Ghanaians go on their knees to pray to avert an impending calamity which might occur at the Kwame Nkrumah Circle very soon.

In Eagle prophet new prophecy, he made it clear that this disaster would be more serious than what happened in June 2015 where lives and properties were lost.

Explaining the cause of this prophecy, he revealed that it was as a result of several occultic practices that have taken place at Circle.

“Some of them stood there and they bathed. They bathed with water from corpses mixed with sand fetched from a cemetery,” he said.

Eagle Prophet listed a number of his prophecies that came to pass publicly to warn Ghanaians that he was serious of what he has seen from the Lord.

“The same thing happened when God revealed an incident at the Accra Mall to me, God sent me to pray around the mall. I was vilified by leaders and colleague pastors for that. But two weeks after, on the time and day God gave me at 11:30 Am, we were all witnesses to what happened at the mall,” referring to the Accra Mall ceiling collapse incident.

He ended by telling Ghanaians what to do in other to avert the impending calamity.

“They should raise seven bottles of communion wine to the heavens whiles offering thanksgiving to God during sunrise and pour the wine around the place. This will be representative of the blood which will be lost to the impending disaster and God will intervene.”