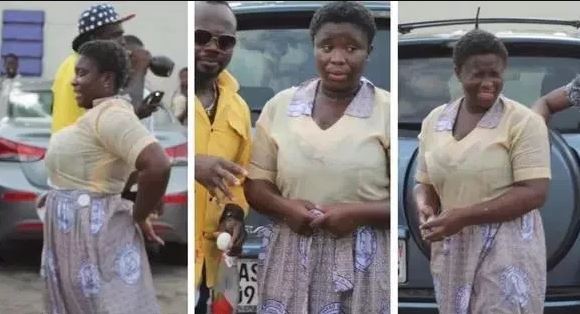 The second richest Ghanaian child actress Clara Benson, better known by her screen name, Maame Serwaa had spoken about the outcome of the 2017 May/June WASSCE results.

There were speculations among a section of the public that the young actress had failed her WASSCE hence kept mute about her results.

This is not the first time,Clara’s results had become a concern for the public .A similar thing occurred when she completed JHS. Many concluded she had failed woefully since she is seen in movies every now and then and doesn’t have time for her books.

READ ALSO: Meet The Top Ten Richest Kumawood Actresses In Ghana, Their Net Worth And Their Properties

But the actress had said that her lowest West African Senior School Certificate Examination (WASSCE) grade is C6.

Maame, speaking on Tv3’s Newsday programme, and as monitored by Ghpage.com was pleased with her grades after her 3-year stay at Serwaa Nyarko Girls’ Senior High School in Kumasi.

She, however, stated that she will pursue her acting career at the University of Ghana.

“Everything went on well and I thank god almighty for everything…even my least grade was c6. I still want to continue with acting so I will be in Accra to pursue my career…. yeah legon,” She said.

She was one of the 289,207 final-year public and private Senior High School (SHS) candidates who sat for this year’s West African Senior School Certificate Examination (WASSCE).