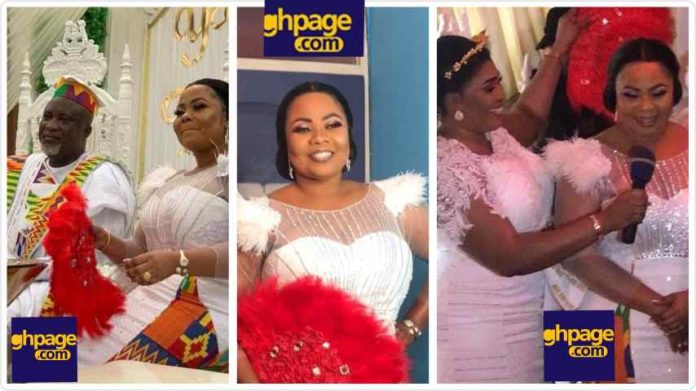 Gifty Osei whose first marriage didn’t work out and had to divorce is a happy woman now as she’s happily married but according to a close friend, her colleague musicians were the reason why her first marriage failed.

Ghanaian Gospel musician Gifty Osei and husband, Prophet Prince Elisha Osei ended their marital relationship of more than ten years due to her Gospel musician friends who kept telling her husband false stories about her.

“She told me several times that she suspected her colleagues were telling her husband things that were not true. Although she did everything to save her marriage, it didn’t work.”

According to the source, Gifty who was afraid of her colleague musicians decided to hold a private wedding ceremony that’s why only family members, relatives and friends were present at her marriage to NPP’s Hopeson Adorye and no other Gospel musician.

“My friend has been through a lot after the collapse of her marriage and she wants to lay low for a while that is why she decided to have a ‘secret wedding’,” she said.