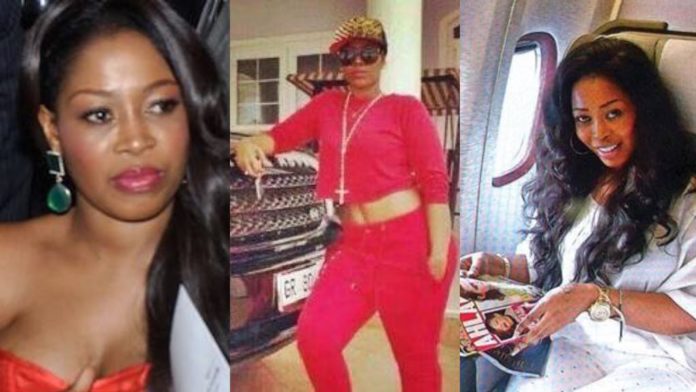 In late 2014, one of the most popular names in Ghana was a 35-year-old mother of 3, Nayele Ametefe also known as Ruby Appiah. She was arrested in the UK in possession of substance identified as cocaine.

She was caught with about 12.5kg of cocaine with a street value of 1.9 million Pounds. She was reported to have had on her $23, 000 as payment for her service and 6000 Pounds as her bonus at the time of her arrest.

SEE ALSO: You Cannot Silence Me With My Leaked Photos – Anas Fires At Kennedy Agyapong

It was reported after her arrest that she used the VVIP Lounge of Ghana’s Kotoka international airport to smuggle the cocaine outside the country through British Airways flight.

Nayele Ametefe who is a Ghanaian also had an Austria citizenship was tried at the Isleworth Crown Court, London. She was convicted on her own plea on January 6, 2015, for transporting cocaine to the UK and was sentenced to eight years and eight months jail term.

During her trial, she revealed that to the court that she had been in the drug business since 2004 and she had powerful personalities in Ghana as her protectors. Citing fear of losing the lives of her children, Nayele Ametefe refused to mention the names of the people who shielded her for all those years.

She, however, revealed that she was introduced into the drug smuggling business by a businesswoman in Ghana after her struggles to keep up with the affluent lifestyle she enjoyed while married to her ex-husband, who was a very wealthy spare parts dealer.

Nayele Ametefe also revealed that her final destination was the Dominican Republic, in the Caribbean, but she stopped over in London with the drugs to shop and have a medical checkup.

At the time of her arrest and trial, 6 other persons were also standing trial in Ghana over their alleged complicity in Nayele’s Case. But they were all freed by the Accra Circuit Court.

According to reports cited by Ghpage.com on Starrfmonline.com, years ahead of time, Nayele Ametefe has been released. She was reportedly released from jail for good behavior.

However, Nayele Ametef is not returning to Ghana where all her expensive properties have been confiscated. She has since returned to Austria where she is to “enjoy a quiet life”.