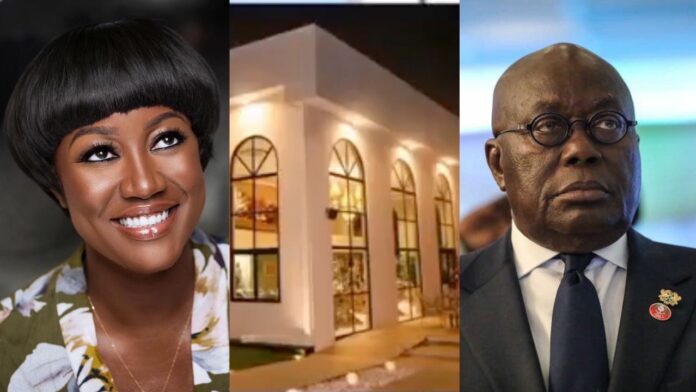 The buzz about the plush restaurant owned by President Akufo-Addo’s daughter in Cantonments, Accra, is still lounging on social media with more interesting details emerging.

The $6 million eatery called “NsuomNam” is rumoured to belong to Edwina Nana Dokua Akufo-Addo, according to social media commentator Kelvin Taylor – who alleged that start-up capital was given to her without due diligence at the expense of the citizenry.

He had also suggested in a video last week that the ordinary Ghanaian could not afford to dine at the restaurant. But how true is this claim?

On the back of the social media about the restaurant, Ghanaian food blogger, Zubaida, did the honours of visiting and leaving a review to satisfy the curiosity of many.

Taking to Twitter, she wrote: “The food was nice. The starter especially was 10/10. Service was good, plus the owner, the manager & the chef are so nice. The average spend for a drink, starter, main & dessert is ¢400pp.”

The menu on the other hand offered prices ranging from Gh45.00 to Ghc120.00 for starters.

The mains are placed just a little above this range unless you want their seafood, which is the restaurant’s speciality, starting from Ghc180.00 to Ghc600.00.