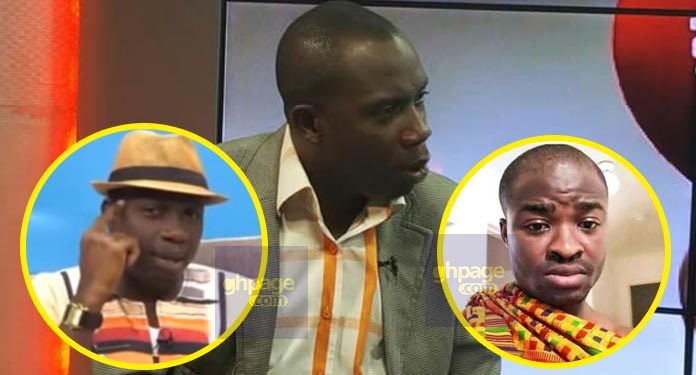 Controversial counsellor, George Lutterodt has waded into the ongoing trolls on Evangelist Addai over his fake expose on Despite’s blood donation.

Evangelist Emmanuel Addai is a self-acclaimed evangelist who has been tagging prominent people in the country as Illuminati, in his latest video called the CEO of Despite group of companies Dr Osei Kwame Despite as an occultist who uses blood for his rituals.

Periodically, The Despite Group made up of media outlets such as Peace FM, Okay FM, Neat FM Hello FM, UTV and other brands such as Special Ice Mineral Water and This Way Chocolate Drink and others organize health fairs.

But according to Evangelist Addai Emmanuel, that is the trick Despite uses to get free blood for his rituals. He alleged that the blood donated a few days ago will be used by Osei Kwame Despite for spiritual sacrifice which will bring more money to the millionaire.

Meanwhile, counselor Lutterodt has replied to the evangelist whose main aim is to destroy the reputations of prominent Ghanaians.

“Ignore this mentally drained young man or an old man or middle-aged man, this guy called evangelist Addai who says that those who do blood donation, we suck their blood for money rituals. Ghanaians are smart to hear so when they hear blood donation they won’t come again.”

According to Lutterodt, Evangelist Addai has a mental problem and needs not to be listened to.

“If anybody says things like that he has a mental problem. He was not normal in Ghana and he did a ‘stoway’ and has gone to the US so ignore him.”

read this too: I am a better singer than Kuami Eugene – Mr Drew

“Whatever he says, ignore because he is mentally ill. He’s been prayed for but still has mental issues so Ghanaians don’t be afraid”

He also urged Ghanaians not to give ears to the false claims of the evangelist but rather give more blood to save lives.

“let me tell all Ghanaians that anytime you hear we are donating blood, just join to support and ignore this mentally drained evangelist”

read more: Angry Afia Schwarzenegger threatens to burn church of the pastor who prophesied her death