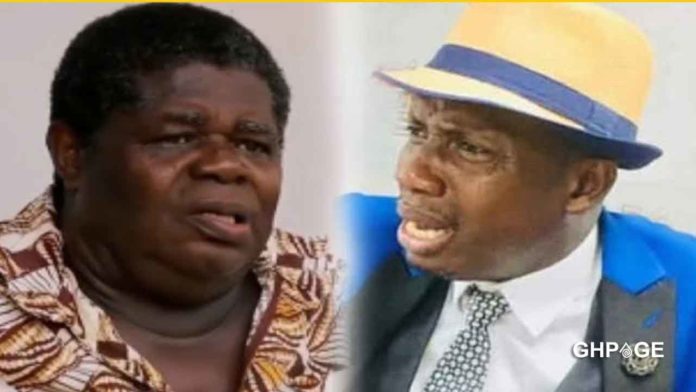 Counselor George Lutterodt has taken a bite on the trending Psalm Adjeteyfio story. The Veteran actor has once called on Ghanaians to come to his aid.

He has begged well-meaning Ghanaians to get him leftovers to eat since there has been an extreme turn of circumstances in his life.

In new audio that has gone viral, the actor T.T was heard begging for help again from Ghanaians.

He requested for the leftover foods of people as he disclosed that he invested the GHc50,000 donated to him by Dr Bawumia a few months ago.

TT revealed in the audio that people are not ready to help him because they feel he is still under the help of the Accra Regional Minister.

He mentioned that he only received the promised monthly allowance of GHS1,500 from Henry Quartey only once.

Recall, in 2021, Psalm Adjetefio obtained help from Dr Bawumia, Accra Regional Minister Henry Quartey and other people when he cried about not being able to pay his rent and other bills.

Reacting to the current situation Okay FM, counsellor Lutterodt told the host that T.T’s series begging for help is becoming a nuisance.

According to him, TT s riding on the good heart and empathy of Ghanaians to take them for a fool since he knows people will be touched to help anytime he comes to beg.