Video:Countryman Songo attempts suicide over Asempa FM KABA’s Death and it’s not funny at all 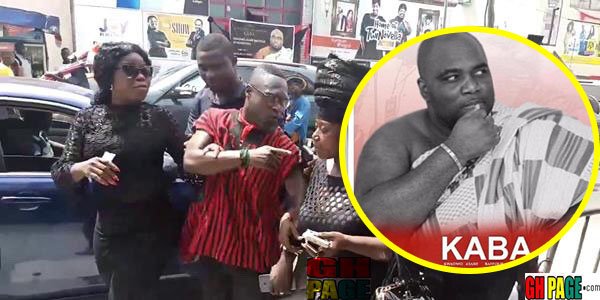 A memorial service was held by Multimedia Group, the media outfit KABA was employed with before his passing on.

Country Man Songo and the late KABA are both employees of the Multimedia group. Before Songo started his show on TV he used to host a radio sports show on Asempa FM, the station KABA held his political talk show before his passing.

Even on TV, KABA starts his show right after his.He is used to some funny introduction of KABA during his sign out.

However, amidst the colleagues, loved ones, and family who was gathered wailing his passing this morning, the popular sports presenter, Patrick Osei Agyemang aka Country Man Songo took mourning to another level.

The man popularly known as the fireman was all of a sudden seen on the Kokomlemle high street standing in between the road in despair.

People could be heard shouting his name and asking why he was standing there— It then took his colleagues, Akumaa Mama Zimbi and the likes of Afia Pokua and co to whisk him away from the middle of the road.