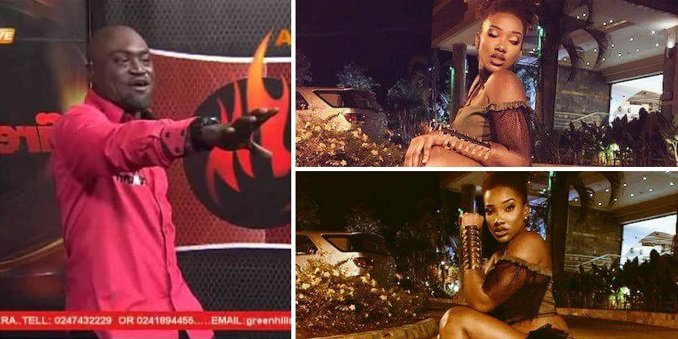 RTP’s Sports Presenter of the Year 2017, Countryman Songo has openly declared his intentions to ‘fire’ dancehall sensation Ebony at an upcoming ‘Mamba Bash’ scheduled for November 10.

The host of Adom TV’s afternoon sports show, ‘Fire for Fire’, Patrick Osei Agyemang, popularly known as Countryman Songo” in a promo video did not hide his feeling of affection for Ebony, the ‘Sponsor’ hit singer.

The ‘Fire Man’ as he is affectionately called said that one of his motivations to show up at the programme is to meet Priscilla Opoku-Kwarteng known in entertainment circle as Ebony Reigns, and “fire” her.

The Mamba Bash is aimed at celebrating Ghanaian music and will take place at the Baba Yara Stadium in the Ashanti Region capital, Kumasi.It will see top artistes mount the stage and entertain their patrons.