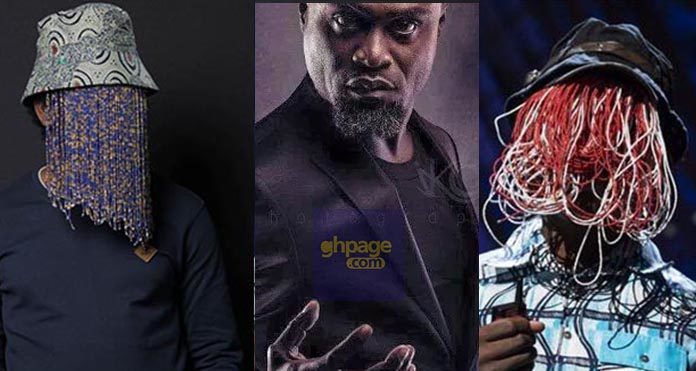 Investigative Journalist Anas Aremeyaw Anas is set to release his latest investigative work which would be premiered on 6th June at the Accra International Conference Centre titled “Number 12”.

READ ALSO: You are a disgrace: Don’t bury me when I die- Shatta Michy’s mum warns her daughter

Though the investigative piece is set to be released on June 6, there seem to be some well-known names popping up as the former host of “Fire For Fire” on Adom TV and Asempa FM, Patrick Osei Agyemang better known as Countryman Songo is likely to be part of those that would be exposed by the ace investigative journalist yet-to-be-released video.

The former host of the popular sports show ‘Fire for Fire’ has been the number one critic of Ghana football, having branded the league as a poor one and tagged the officials of the Ghana Football Association as very corrupt and has been ridiculed and insulted and tagged as “disrespectful” by the GFA.

Some months ago, ‘Fire Man’ as he is affectionately called was stopped on the show by the management of Multimedia especially after they had to intervene for Kwesi Nyantakyi to drop GHC 2m defamatory case against Countryman Songo.

READ THIS: Ghanaian Highlife Artist Bisa Kdei Arrested In the USA For Trespassing

Countryman Songo rained insults on Kwesi Nyantakyi for destroying Ghana football in the wake of delay in the start of the 2018 Ghana Premier League due to a High Court injunction placed on by Accra Great Olympics.

Meanwhile, Radio personality Kwame Sefa-Kayi has indicated that Countryman Songo would be applauded if Anas’ video on corruption in the GFA is released.

Kwame Sefa Kayi has hinted that Anas’ investigative work which is yet to be released will let Ghanaians see the good works Patrick Osei Agyemang, popularly called Countryman Songo has been doing for Ghana over the years.

However, Kwame Sefa Kayi believes that Songo’s ‘glory’ will shine again after Anas airs his investigative work on Ghana football.

“I have not said I have watched the video but when we talk about football it involves referees, GFA officials and other personalities. “But after the video, my brother Songo will be applauded for the good work he has been doing for mother Ghana,” he said.

READ MORE: Video: This is how Countryman Songo reacted to his sacking from Multimedia